Ahead of what should have been the Dacia Magic Weekend at St James’ Park this weekend, hullfc.com looks back at our four victories over local rivals Hull KR at the event over the years. 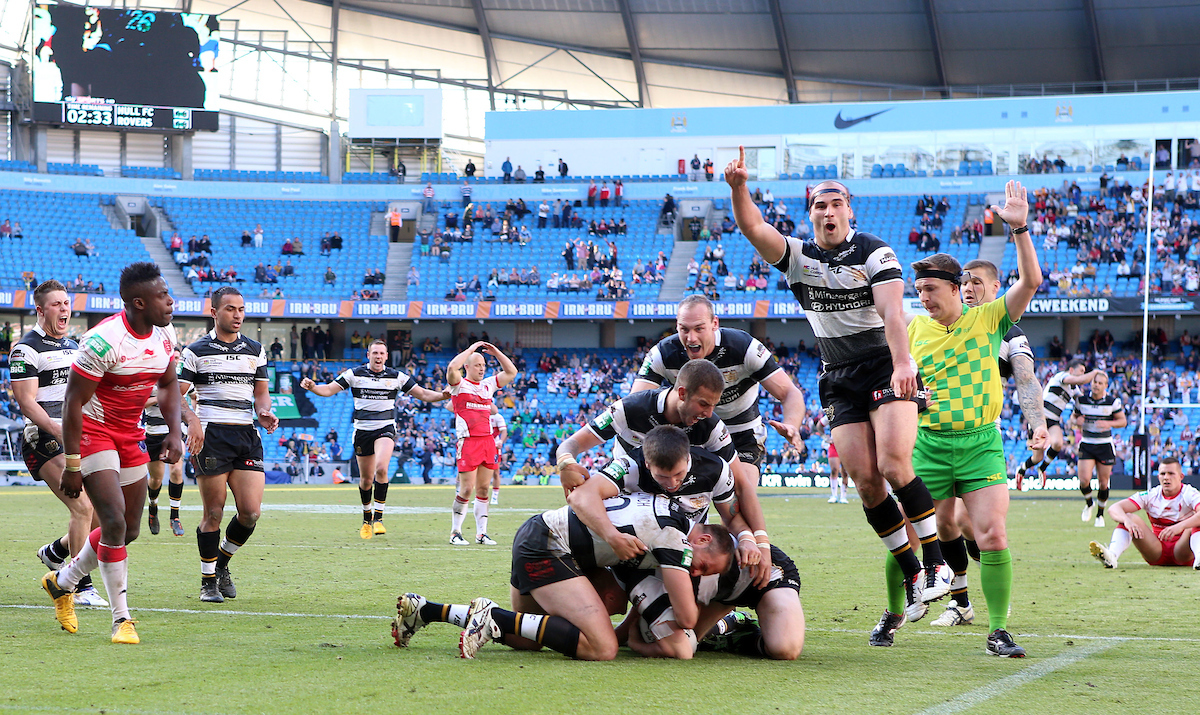 There’s no better way to win a rugby league game than in the last minute, but there is when Chris Green comes up with a last-gasp try against city rivals Hull Kingston Rovers at the Magic Weekend.

The Robin’s lead was extended to ten points with eight minutes on the clock, but when all seemed that Hull FC were going to fall to another Magic Weekend defeat, Tom Lineham’s effort in the corner put an element of doubt over that.

Danny Houghton put a seemingly aimless high-bomb up into Hull KR territory from the half-way line, before Green claimed it and dotted down beneath the sticks, controversially, in the final minute to send the Black & Whites into delirium. 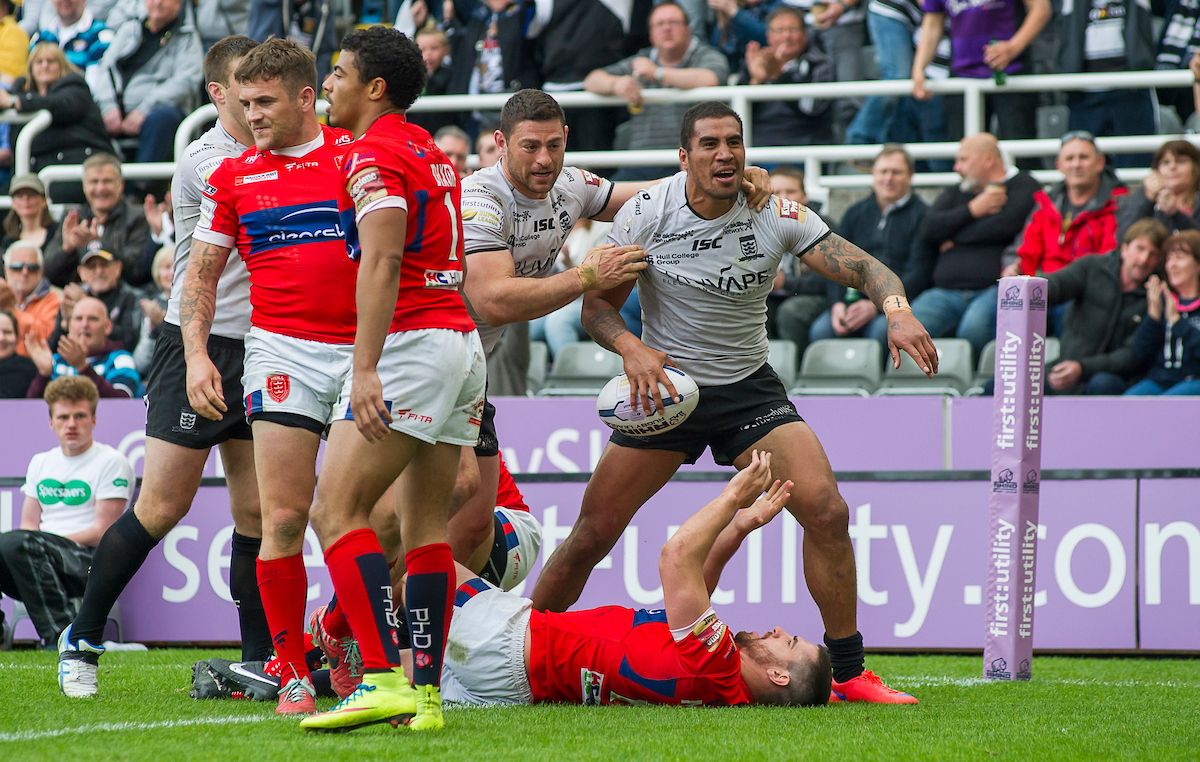 Hull FC recorded their biggest and best Magic Weekend result against the Robins at St James’ Park in 2015, the first time the event was held in Newcastle.

Kirk Yeaman, who had a prolific try-scoring record against rivals Rovers, scored the opening try of the game, only for Josh Mantellato to respond.

The Black & Whites edged their way ahead once more through the first of Fetuli Talanoa’a tries of the afternoon, before influential captain Gareth Ellis crashed over for Hull’s third.

Kieran Dixon gave Hull KR hope midway through the second-half, but Hull FC’s onslaught was only just begginning, as they soon ran in tries through Mark Minichiello, Jordan Rankin and Talanoa again.

Mantellato grabbed a second as a consolation, but Talanoa was keen to prove he was one better and crossed for his hat-trick before Yeaman got a second of his own. 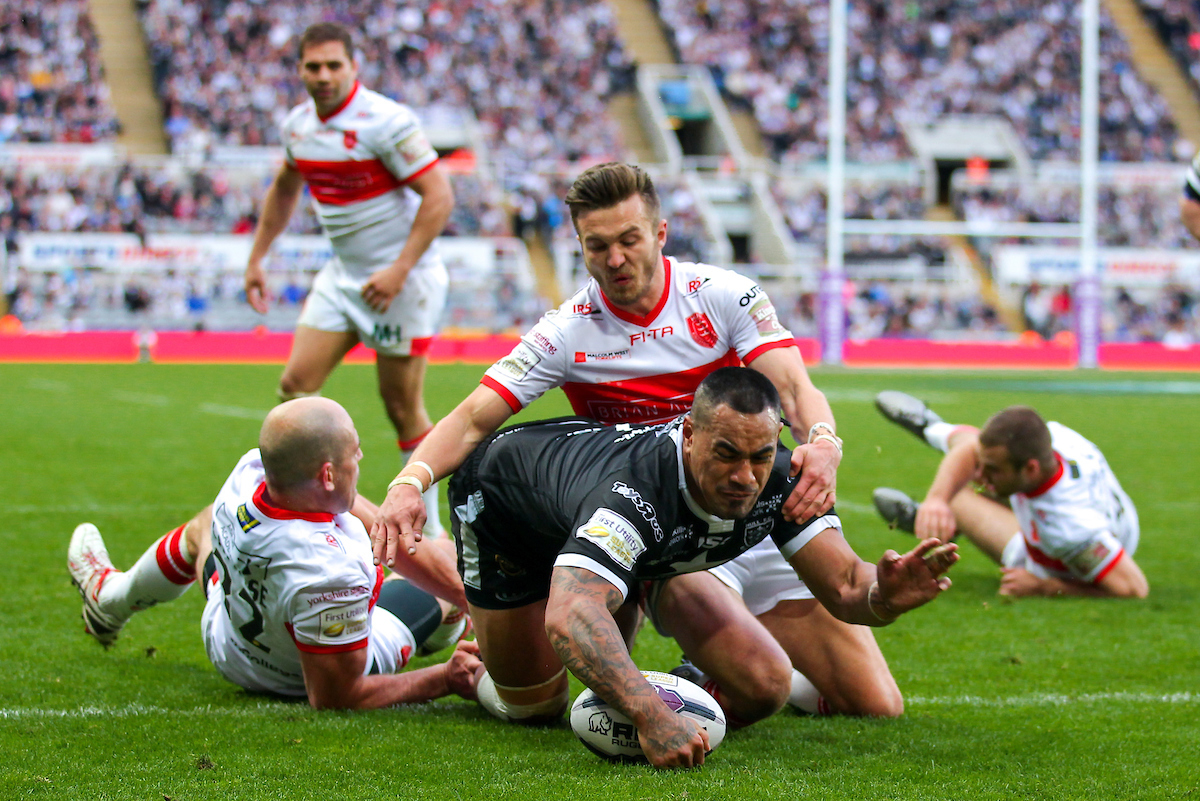 The Black & Whites claimed back-to-back Magic Weekend victories over Hull KR to extend their lead at the summit of the Super League table back in May 2016.

Having established a 12-0 lead through Mahe Fonua and Curtis Naughton, the advantage was cut to two but Shaun Lunt’s converted try and a penalty.

Graeme Horne put the Red & Whites ahead early in the second-half as the game hung in the balance, but the Airlie Birds pressed hard on the accelerator with tries from Fonua, Jamie Shaul and Mark Minichiello. 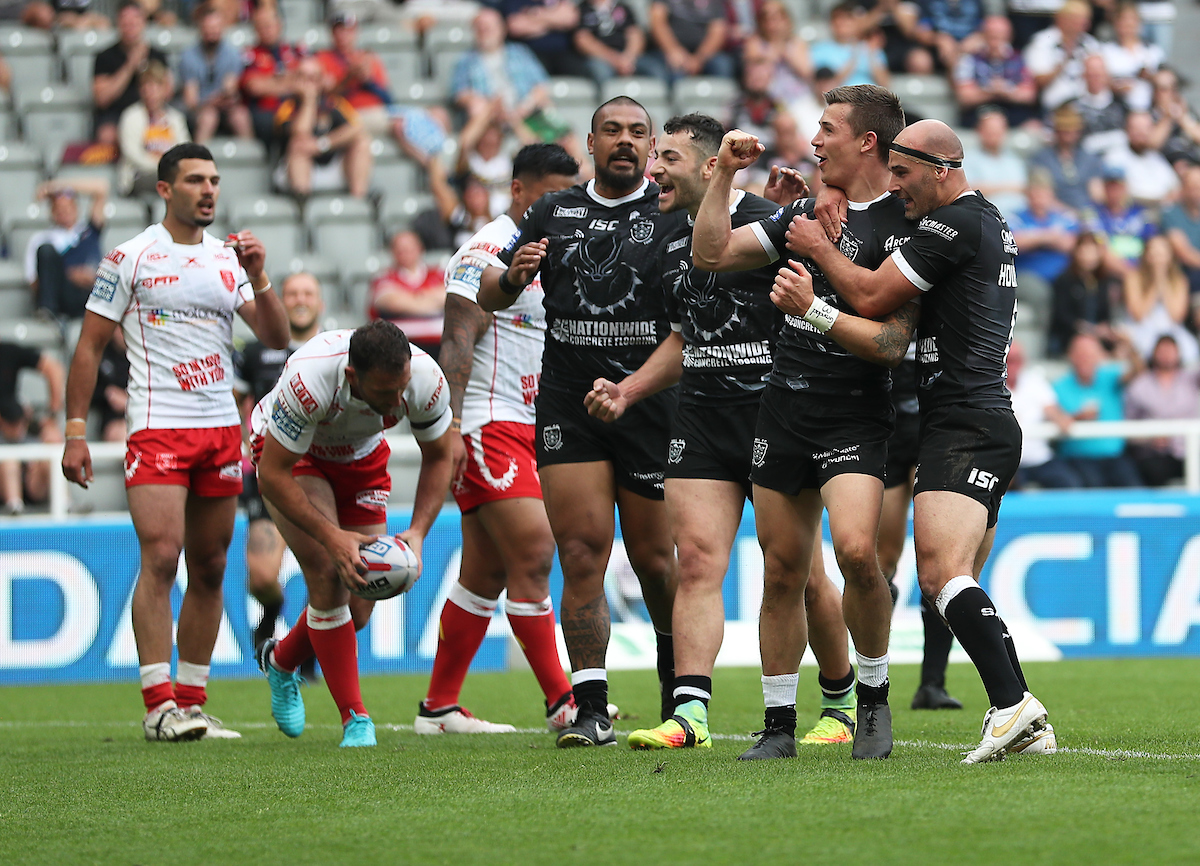 FC put the disappointment of their heavy defeat to St Helens in the previous year’s Magic Weekend clash firmly behind them, and would claim their third victory over the Robins at St James’ Park in four years.

The fixture was a game full of stories, none more so than Kirk Yeaman coming out of retirement for a depleted Black & Whites side, alongside youngsters Liam Harris and Cameron Scott making their club debuts.

Kieran Moss got his first of the day to open the scoring for Hull KR, but luck would be on FC’s side for the equaliser as Jake Connor’s cross-field kick bounced off the cross-bar, with Scott Taylor in position to collect and charge over.

Jamie Shaul weaved his way over from dummy-half close to the line for Hull’s second, before Moss walked in for a second.

Liam Harris got his moment in the spotlight by shrugging off two Rovers player to score on debut, before Shaul took Joe Westerman’s silky offload to put Hull further ahead.

Moss grabbed his third but the match was sealed with late tries from Jack Logan and the influential Jake Connor.