The Hull FC Wheelchair Rugby League team has gone from strength to strength since it was established in 2013...

The Hull FC Wheelchair Rugby League side were first established in 2013 and currently complete in the Wheelchair Super League, taking on some of the world’s very finest wheelchair players.

Coached by Mike Swainger, the side reached the final of the inaugural Challenge Trophy Final in 2019, as well as recording a record score against North Wales Crusaders, 190-10, in the same season! 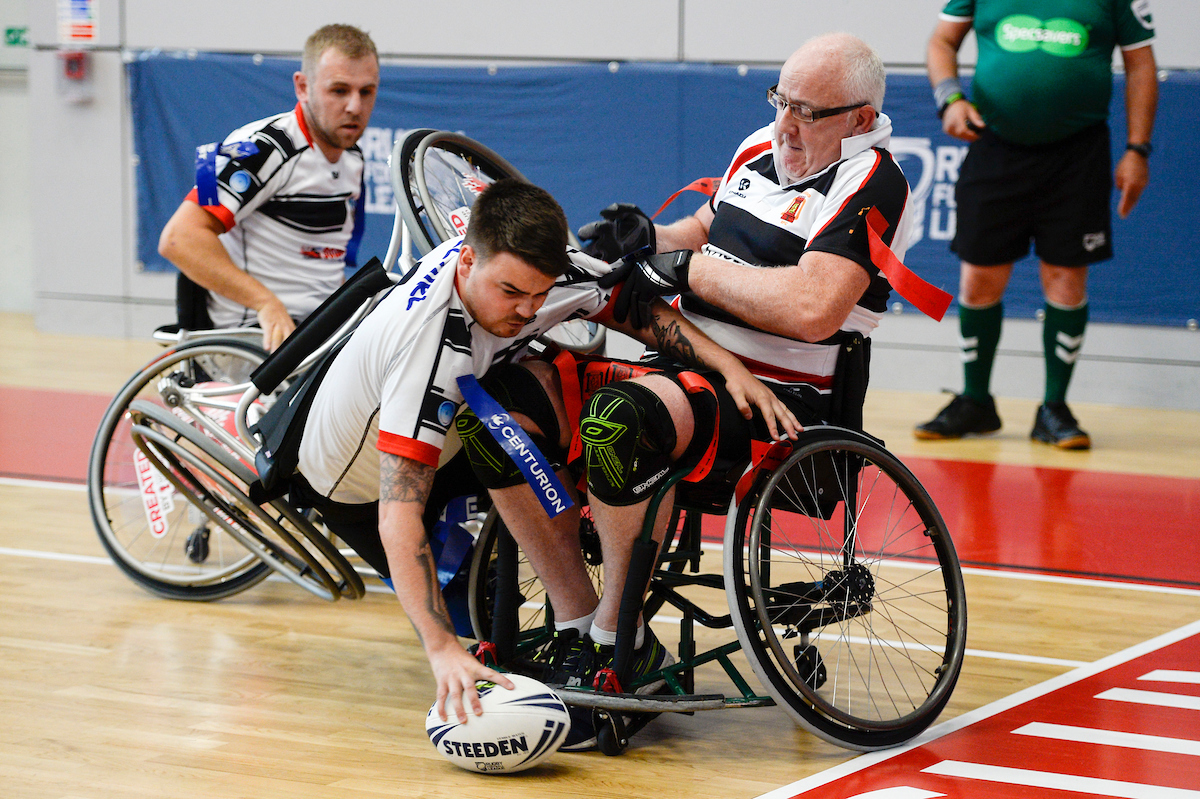 The side use facilities at the club’s Centre of Excellence (Hull West campus) and the University of Hull.

Wheelchair Rugby League is an inclusive sport played by anyone. The rules are the same as the running game with slight adaptations to be played in wheelchairs.

- Tackling: A tackle is performed by pulling a Tag off the opponent

- Play the ball: By replacing the Tag and then tapping the rugby ball on the floor and passing backwards to a team mate.

- Kicking: ‘Kicking’ is performed with a cupped fist

- Scoring a try: A try is scored by placing the ball down over the try line or if you have upper limited abilities you can tap the ball on your wheel when over the line.

The match report as FC faced the Rhinos at the MKM Stadium ...