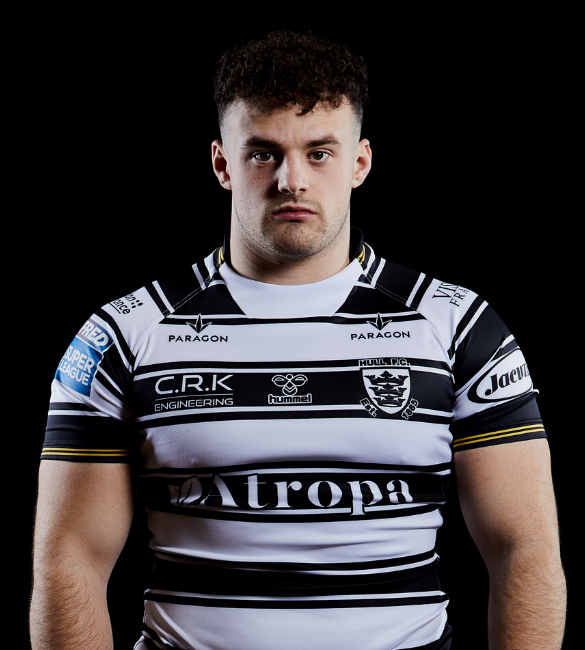 Weighing in at well over 100kg, look out for Nick Staveley skittling defenders and hitting hard.

The sought after youngster joined the Black & Whites academy in April 2021 after a brief spell with Warrington Wolves Academy.

Staveley, can feature at loose forward or in the second row, came through the junior ranks at Stanningley in his hometown of Leeds.

Following a solid maiden year with the club’s academy in 2021, he was invited to link up with the first team squad in pre-season ahead of the 2022 campaign.

Sponsored By: Available To Sponsor