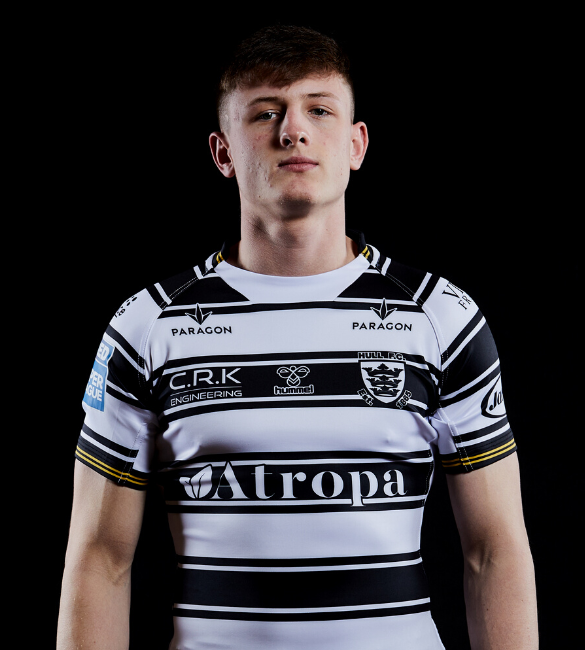 One of the Hull FC Sports College’s biggest success stories, Davy Litten is a nimble outside back who can also operate as a fullback.

Litten was one of a handful of academy players invited to join the first team’s pre-season campaign in 2021, before continuing to train with the senior squad throughout the 2021 season.

Having made good progress with the club’s Academy in 2021, Litten appeared in both of Hull’s pre-season friendlies in 2022, taking on Bradford Bulls and Leeds Rhinos.

He made his Super League debut for the Black & Whites against Wakefield Trinity in August 2022.

Sponsored by: Available To Sponsor