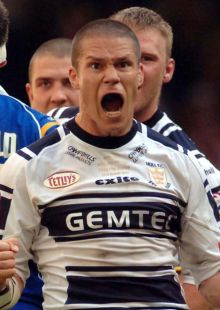 The New Zealand international joined the club after making a name for himself with the Kiwis and NRL side Melbourne Storm.

He hardly missed a game in his four years at the club and was named Super League’s top tackler in 2004, having previously been the first player in NRL history to top 1000 tackles in a single season for the Storm.

He captained the 2005 Challenge Cup winning side and famously charged down a late drop-goal attempt by Leeds’ Kevin Sinfield with the Black and Whites leading 25-24.