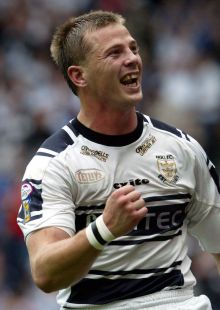 The latest member of the Hull FC Hall of Fame, local lad Richard Horne was a one-club man who represented the Black and Whites over 16 years.

He made his senior debut at just 16 years of age and would go on to make over 360 appearances in the irregular hoops.

Horne earned international honours with Great Britain and Scotland and was also named in the 2004 Super League Dream Team.

The Hull-born half-back was part of the famous side that lifted the Challenge Cup in 2005 and played in the 2006 Super League Grand Final defeat to St Helens.

A neck injury in 2008 threatened to end his career but Horne fought back and played for Hull for six more years before retiring at the end of the 2014 season at the age of 32.

He then moved into the coaching staff in 2015 as assistant to Lee Radford.