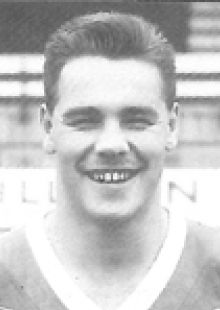 Winger Paul Eastwood had a nose for tries and was a cool customer from the kicking-tee.

Although he may not be regarded by many as a Black and Whites ‘legend’, his reliable performances and determination made him a fans’ favourite at The Boulevard.

He was a lethal finisher from close range, as Australia discovered in the 1990 Test at Wembley. He stunned the Kangaroos with a Man of the Match performance in what was Great Britain’s first Test win at the national ground.

The Hull-born wing man scored two tries and kicked three goals and to prove that was no fluke, he played a key role again in 1992 when his six goals helped Britain to a 33-10 second Test defeat of Australia in Melbourne.

It was from one of his blistering bursts that Russ Walker scored a famous try in the epic 1991 Premiership Trophy final when Hull defied the odds and beat star-studded Widnes 14-4 at Old Trafford.

His record of 39 goals and seven tries brought in a total of 106 points for GB to make him Britain’s 18th top points-scorer.