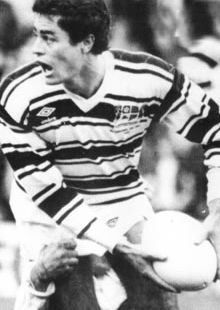 Gary Kemble was one of Hull FC’s greatest ever full-backs.

The New Zealand international won every trophy on offer during his six years with the club.

He joined in 1981 with fellow Kiwis James Leuluai and Dane O’Hara to help form the Black and Whites’ magnificent team of the ’80s.