Check out everything you need to know about all the additions to our squad ahead of the 2020 season.

The 26-year old, a Grand Final winner with Saints, will join up with the Black & Whites for the 2020 campaign, bringing to end an eight-year spell with the Merseyside club.

He has maintained an impressive try-scoring record throughout his career, crossing for 99 tries in 141 career appearances, including 86 tries for St Helens.

Swift made his Super League debut in 2012 and he has nine career hat-tricks to his name, including in his league debut against Widnes.

True to his surname, Swift is known for his electrifying pace and he is regarded as one of the fastest wingers in the competition. 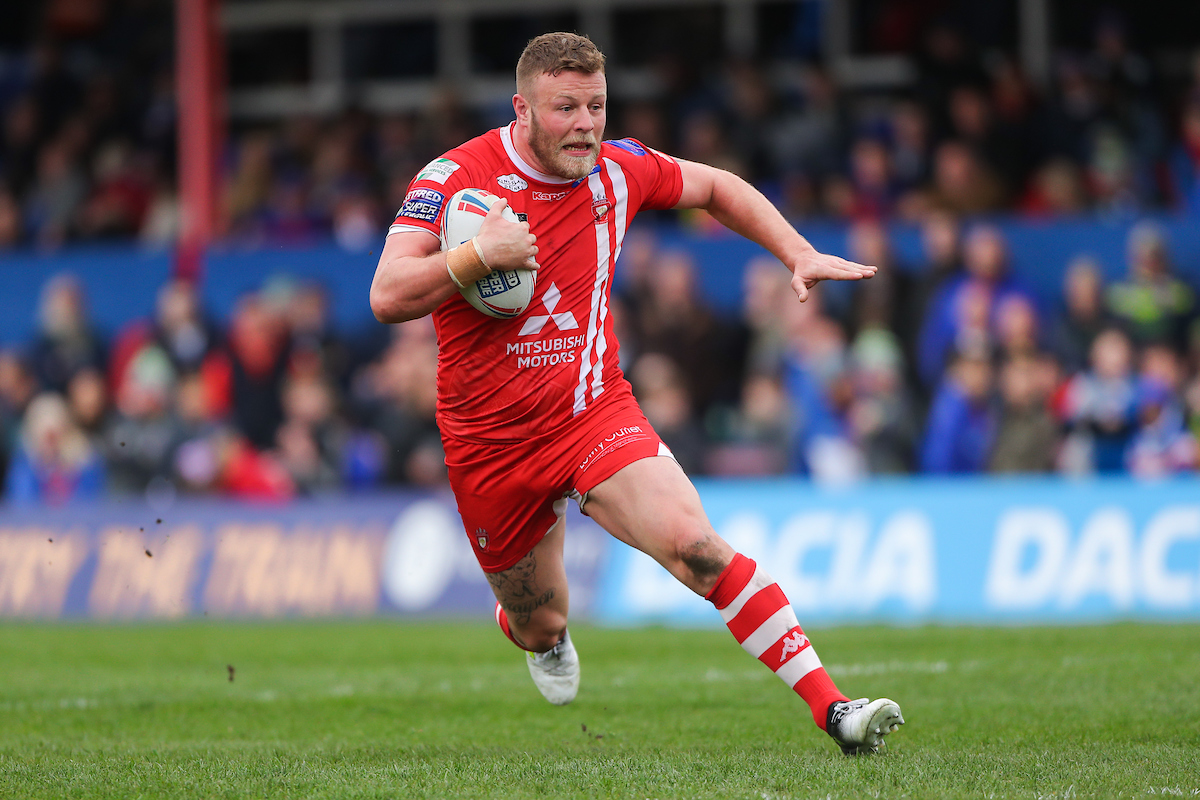 The 26-year-old will join forces with the Black & Whites for the 2020 season, as Hull staved off stiff competition from a host of Super League clubs to secure the services of Jones, who won the Grand Final with St Helens in 2014.

Following a brief spell in the Premiership with rugby union outfit Exeter Chiefs in 2015, Jones returned to Super League with Salford Red Devils ahead of the 2016 season.

Currently in his fourth season with Ian Watson’s side, Jones has been an ever-present for the Red Devils in 2019, scoring five tries in the process.

The back-rower has been strongly admired for most of his career and the statistics show why. This season alone he is one of the competition’s leading metre-makers, averaging over 100 metres and 5 tackle busts a game. He also stands as one of the top offloaders in the competition.

His eye-catching performances have also earned him a call-up to the England Performance programme, whilst he is also being tipped as a potential candidate for the Great Britain tour at the end of the season. 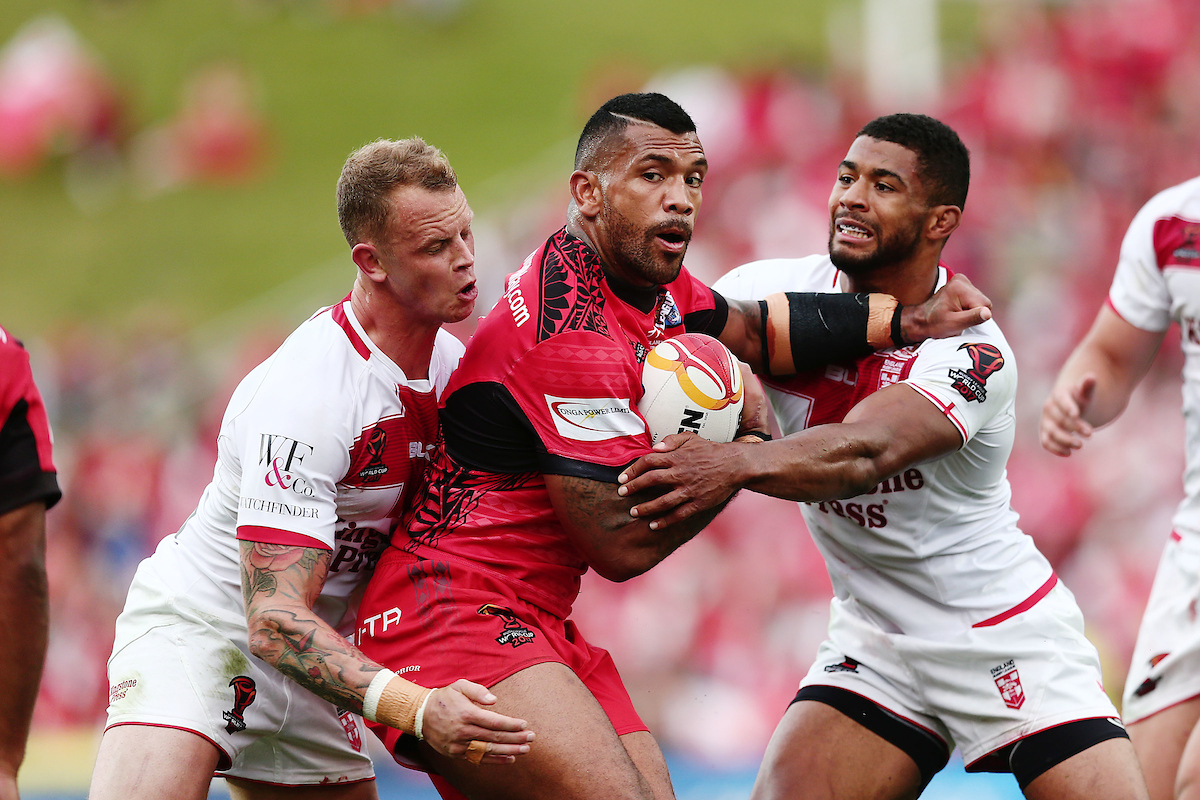 The Black & Whites have swooped to capture the signature of the 30-year old Tongan international, fighting off competition from clubs both in the UK and in the NRL to lure him to the KCOM Stadium.

A major coup for the Betfred Super League, explosive forward Ma’u has also represented New Zealand at international level, and is considered by teammates and opponents to be one of the most fearsome forwards in the game Down Under.

The Kiwi-born star started his career in the game with New Zealand Warriors’ reserve-grade side Auckland Vulcans in the New South Wales Cup in 2009, before heading to the Eels reserve side Wentworthville Magpies.

Ma’u made his senior debut in the NRL in 2014, and was named in the Kiwi Test squad for the first-time the following season.

He would go on to feature six times for his homeland, including all five matches of the 2016 Four Nations in the UK, before switching allegiance to Tonga ahead of the 2017 Rugby League World Cup.

Ma’u would similarly feature in every game of the side’s historic run to the semi-finals of the competition, alongside the likes of Jason Taumalolo and Sika Manu, becoming influential member of their squad.

During six seasons with the Eels he has made over 100 NRL appearances, earning their coveted Ken Thornett Medal as their Player of the Season in 2016.

‘The Tongan Terminator’, as he was recently nicknamed, has averaged 117 metres per game across his career, and will be regarded as one of the best forwards in Super League next season. 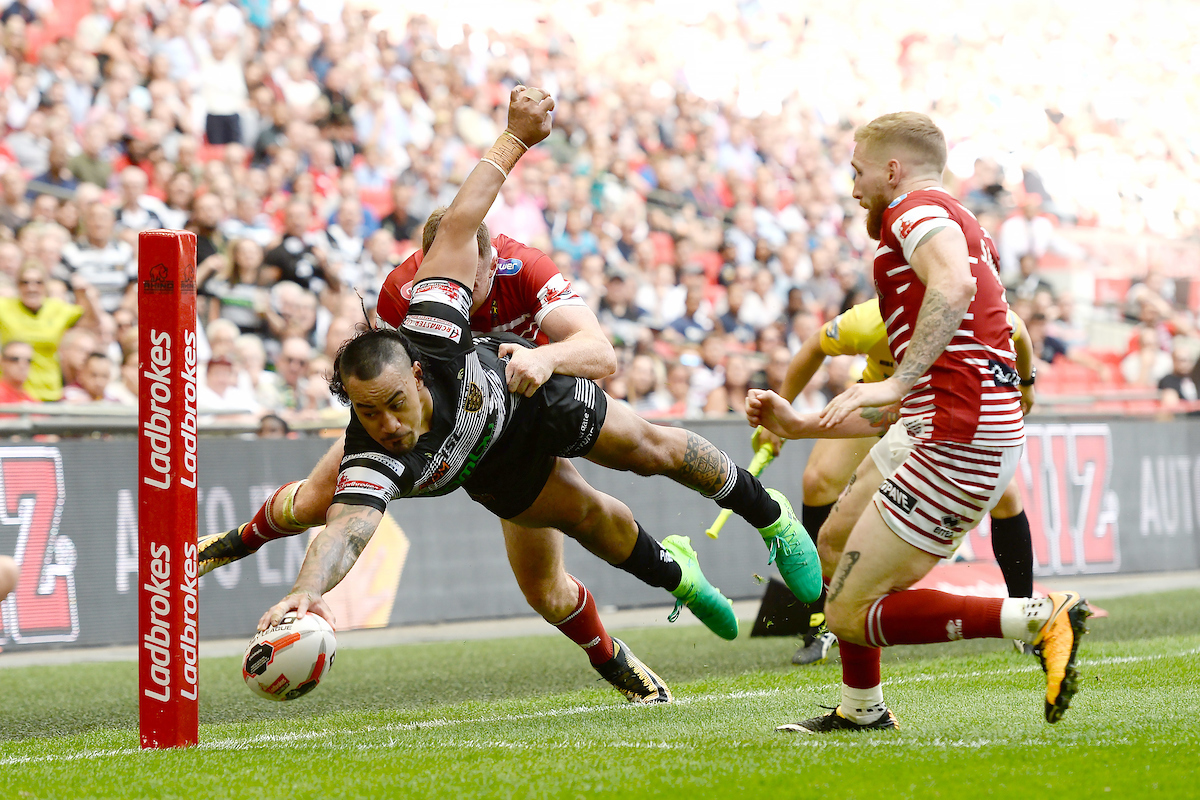 The West Tigers man will return to the Black & Whites after two seasons away from the club in the NRL having fought of interest from a number of rival clubs on both sides of the world.

The 26-year old Tongan international star first joined up with the Airlie Birds ahead of the historic 2016 campaign, and went on to become one of the club’s most exciting players of the Super League era.

Fonua played a key role in the club’s back-to-back Challenge Cup Final victories at Wembley Stadium, scoring in both games in the capital against Warrington Wolves and Wigan Warriors, including an impressive brace in the 2017 final.

The former Melbourne Storm man touched down 31 times in 58 appearances for Hull, and will be looking to add to his impressive record on his return for the 2020 campaign, joining a star-studded three-quarter line with the likes of Bureta Faraimo, Ratu Naulago, Carlos Tuimavave, Jake Connor, Josh Griffin and fellow new signing Adam Swift, all of whom will be available for selection in the outside backs.

A two-time Super League Dream Team member in 2016 and 2017, fans-favourite Fonua has enjoyed selection for Tonga at the 2017 Rugby League World Cup since leaving the club, and has featured prominently over the past 18-months for Michael Maguire’s side, featuring on both the wing and in the centres. 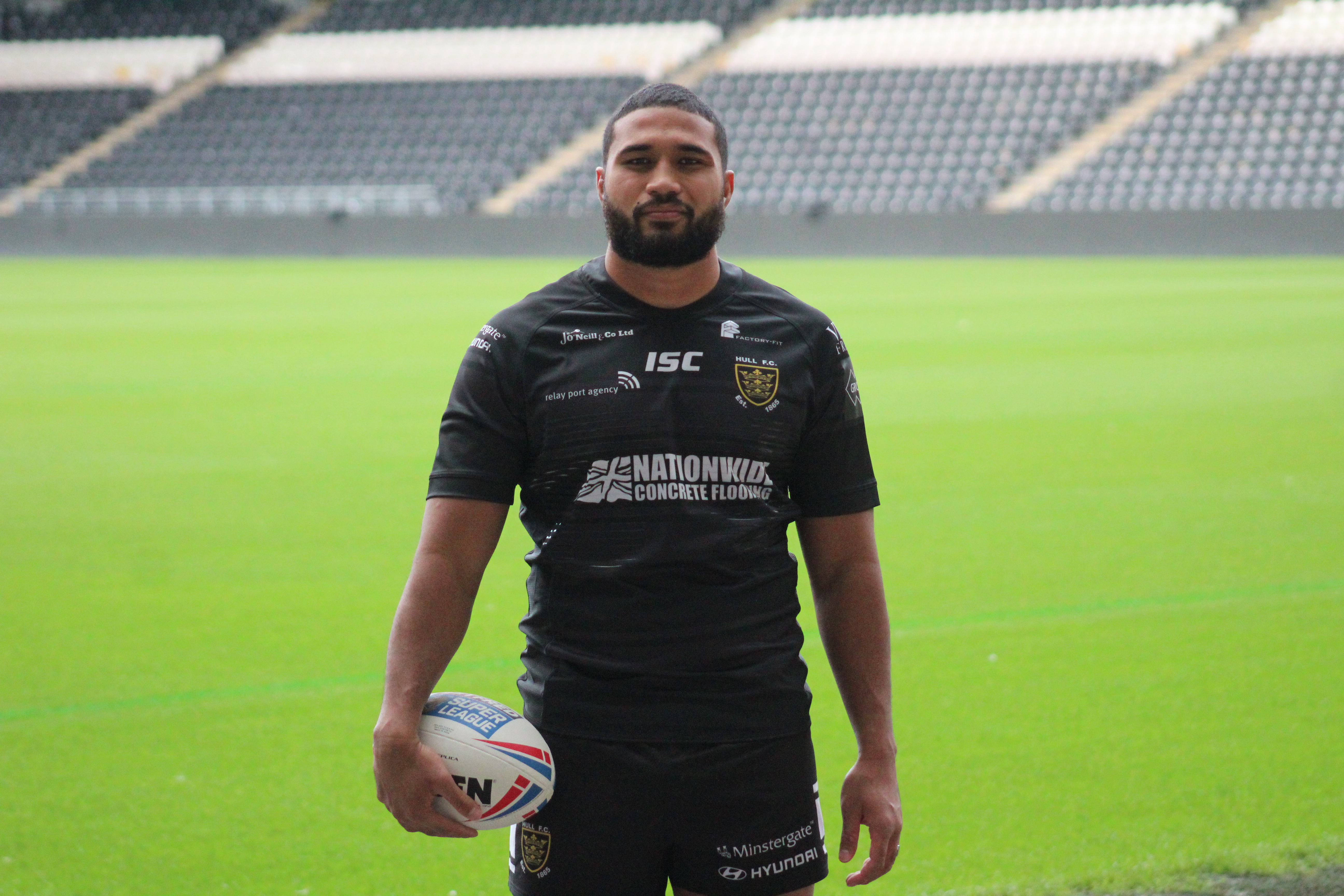 The former New Zealand Warriors forward has joined the club on a deal that will see him remain at the Black & Whites until at least the end of the 2021 campaign, with an option to extend the deal further.

A barnstorming metre-maker, Satae was under contract at the Warriors for another two years, but Hull FC have worked hard in recent months to secure a deal for his services for the remainder of the 2019 campaign.

A number of rival clubs also swooped upon hearing of Hull’s interest, but Satae has opted to sign for the Black & Whites after buying into their ambitious plans for the future. Tongan-born, Satae began his Rugby League career with the Penrith Pathers in 2012 after impressing at a junior level, featuring in the 2012 National Youth Competition side.

Impressing in New Zealand, he was soon signed up by the Warriors in 2017, featuring prominently for their NSW Cup side, before making his full NRL debut in July of that year.

Standing at 6ft 3in, Satae has made 15 appearances for the Warriors since his debut, whilst also being a stand-out performer for their reserve squad this season.

In just 14 games this season, he has notched up 899 post contact metres, averaging over 173 metres per game. Those stats see him inside the top 5 metre makers in the NSW Cup, despite playing five games less than those around him.

In his final game down under before heading for Hull, Satae posted three line breaks, ten tackle busts and 256 metres as he finished his time with the Warriors on a high. He made his debut for the Black & Whites against Salford in Round 26. 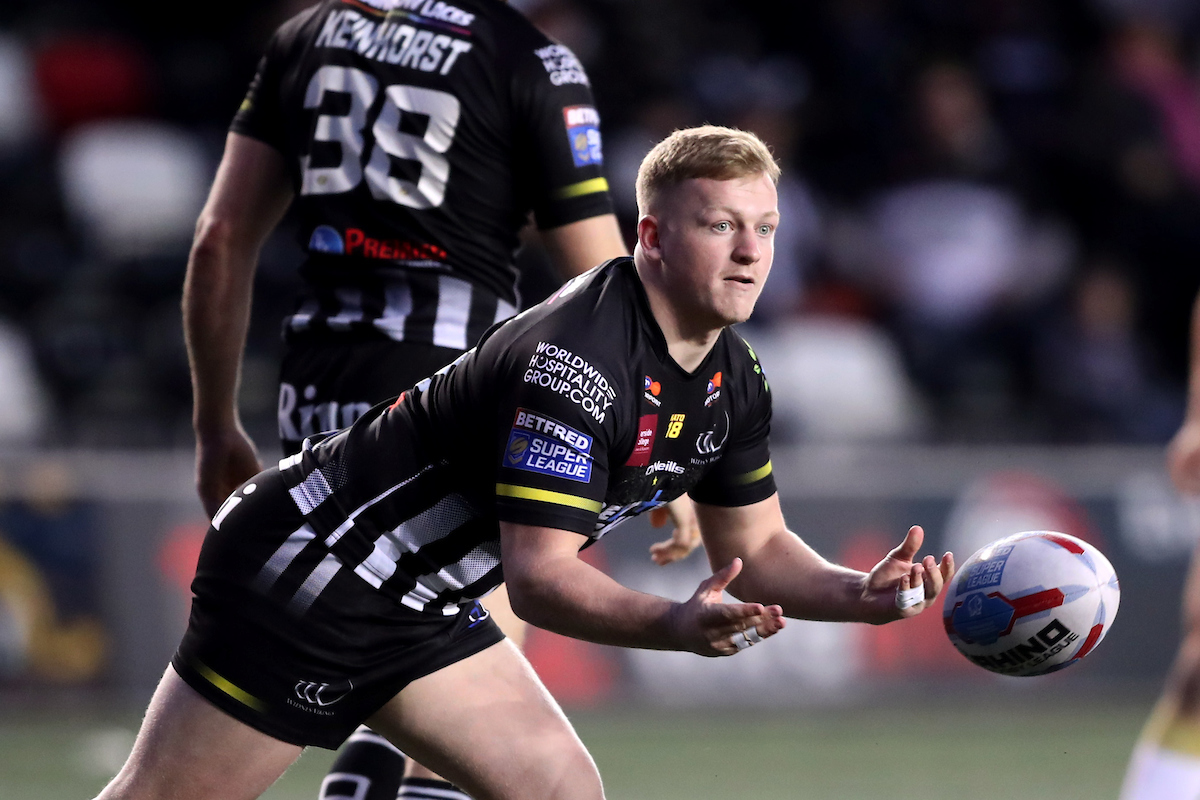 The 22-year old will make the move to the KCOM Stadium from the start of the 2020 campaign, with the deal seeing him remain at the club until the end of the 2023 Betfred Super League season after turning down opportunities elsewhere in Super League.

Impressive in defence, as well as possessing a strong running and kicking games, Johnstone began his career with amateur club Kells as a junior, before becoming part of the Cumbria Storm Academy. After initially joining Widnes in 2014, he would make his senior debut for home-town club Whitehaven whilst on loan in 2015.

Returning to the Vikings in 2016, Johnstone would go on to make his Super League debut later than season. A regular feature throughout the 2017 and 2018 season, the youngster also earned valuable first-team experience for the side in the Challenge Cup.

Johnstone has been a key asset for the Vikings during their Betfred Championship campaign under Kieron Purtill acting as their first choice hooker as the side aim to return to the top division. 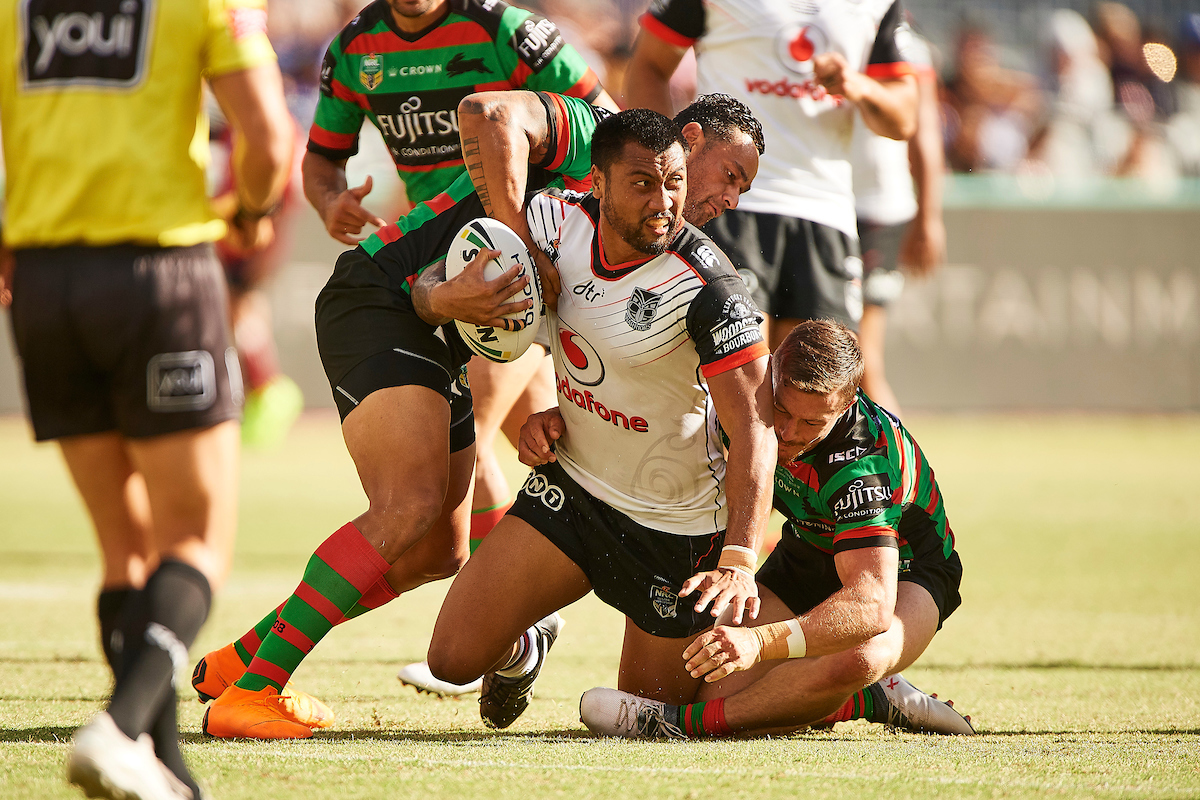 Adding to some already impressive recruitment for the Black & Whites for the new Betfred Super League campaign, Samoan international Sao is the latest big name to put pen to paper and at the KCOM Stadium, with the club once again fighting off interest from teams on both sides of the world.

The 26-year old is a powerful and mobile forward who can play across the pack, having featured at prop, back row and loose forward for Manly Sea Eagles and his current club New Zealand Warriors.

The Auckland-born forward joined the Warriors as a junior in 2012, helping their Toyota Cup side to an impressive second-place finish, alongside current Hull star Carlos Tuimavave.

His impressive performances for the U20s saw him snapped up by Manly where he made his NRL debut, before returning to the Warriors three years later to play under former Hull FC cup winner Stephen Kearney. 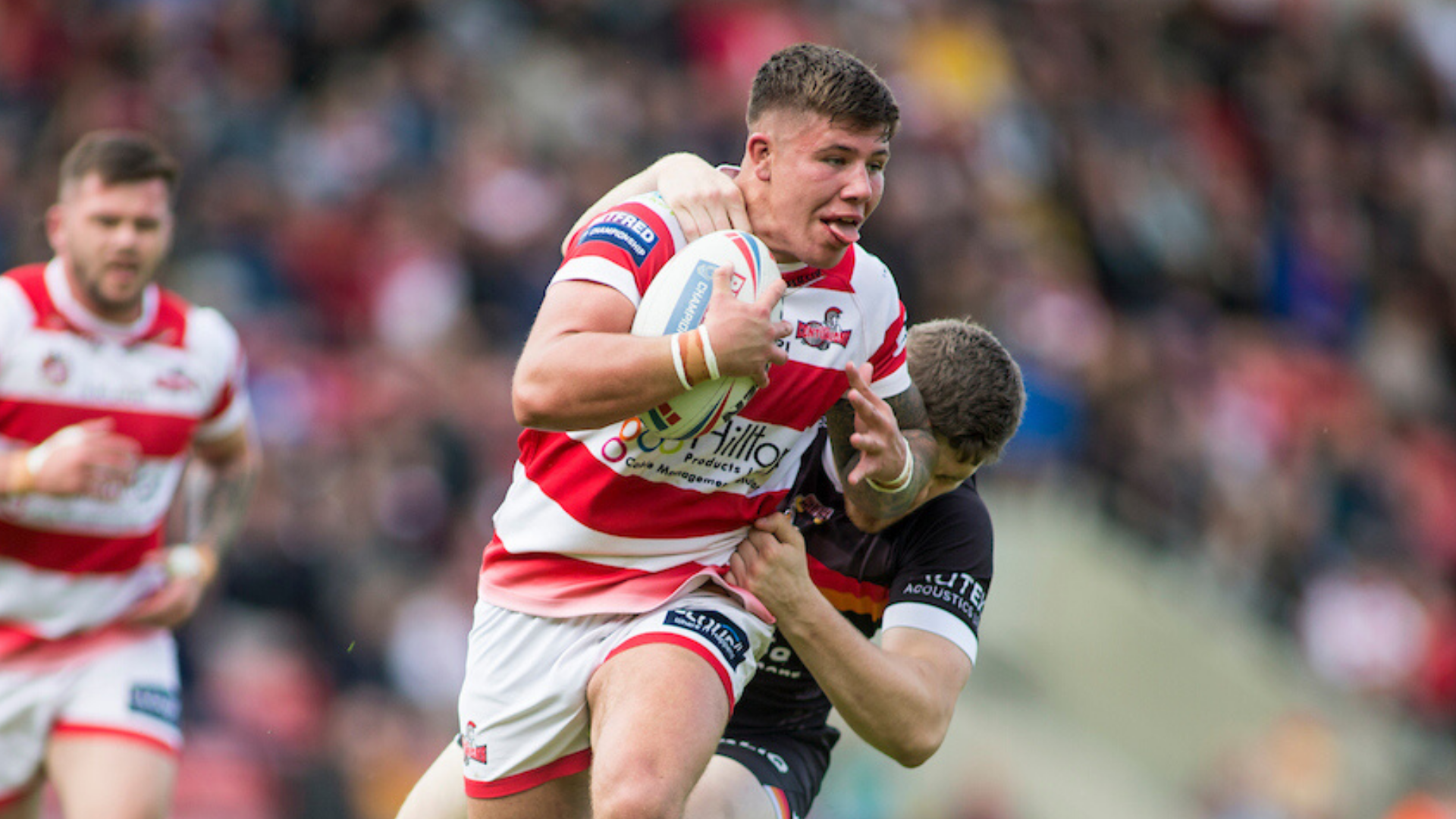 The Black & Whites moved quickly to secure his signature admits fierce competition from two other Super League clubs, with the in-form 21-year-old signing from Leigh Centurions.

The Hull born youngster, who supports Hull FC, enjoyed a fantastic season in 2019, being nominated for the Championship Young Player of the Year Award.

Cator will bring utility value to the Black & Whites new-look squad, with the ability to play loose-forward, back-row, hooker and centre.

He becomes the eight new arrival at the KCOM Stadium for the 2020 season, joining the likes of Manu Mau’, Josh Jones, Mahe Fonua and Ligi Sao.

Hull FC are on the look out for Match Day Sellers new additions to our Team FC volunteer...