Hullfc.com caught up with Hull FC Sports College student Connor Gilbey on his time with the club ahead of the latest Sports College open night next week

Hullfc.com caught up with Hull FC Sports College student Connor Gilbey on his time with the club ahead of the latest Sports College open night next week

Connor is now into his second year with the Hull FC Sports College, based at the Bonus Youth Performance Centre, and recommends the college to any Year 11s looking to get involved with sport in education once they finish their studies.

During his time with the Sport College, Connor has become a key member of the Hull FC Development Academy side, which competes in the Colleges Rugby League Premier Division, remaining unbeaten after four games of the 2019/20 season.

Hull FC Sports College student Connor Gilbey, said: “This college has helped me progress as a person as I am a lot more social then I use to be, the Hull FC College really helped me come out my shell not just personality wise.

“As a student I feel I have gained a vast amount of knowledge even though I’m not the academic type the teachers really helped me come to grips with the theory side of learning as they help out whenever needed.

Connor continued: “As an athlete I know I have improved massively, especially in the rugby aspect of things, I am in much better shape from when I started the college because of the gym sessions in the morning and the rugby sessions after, being in better shape really improved my confidence on a rugby pitch.

“The staff at Hull FC College are always thriving to get the best out of us not just on the field but in the classroom as well.”

And Connor explained how he would recommend any students interested in joining the Sports College to sign up for the 2020/21 academic year.

“I would really recommend this college to anyone who is looking to play Rugby League at a higher level and potentially play for Hull FC Academy and upwards, as well as Rugby you gain several qualifications such as an NCFE level 2 and 3, with also maths and English.

“This college has given me so many opportunities especially in Rugby League so there is nothing holding anyone back.” 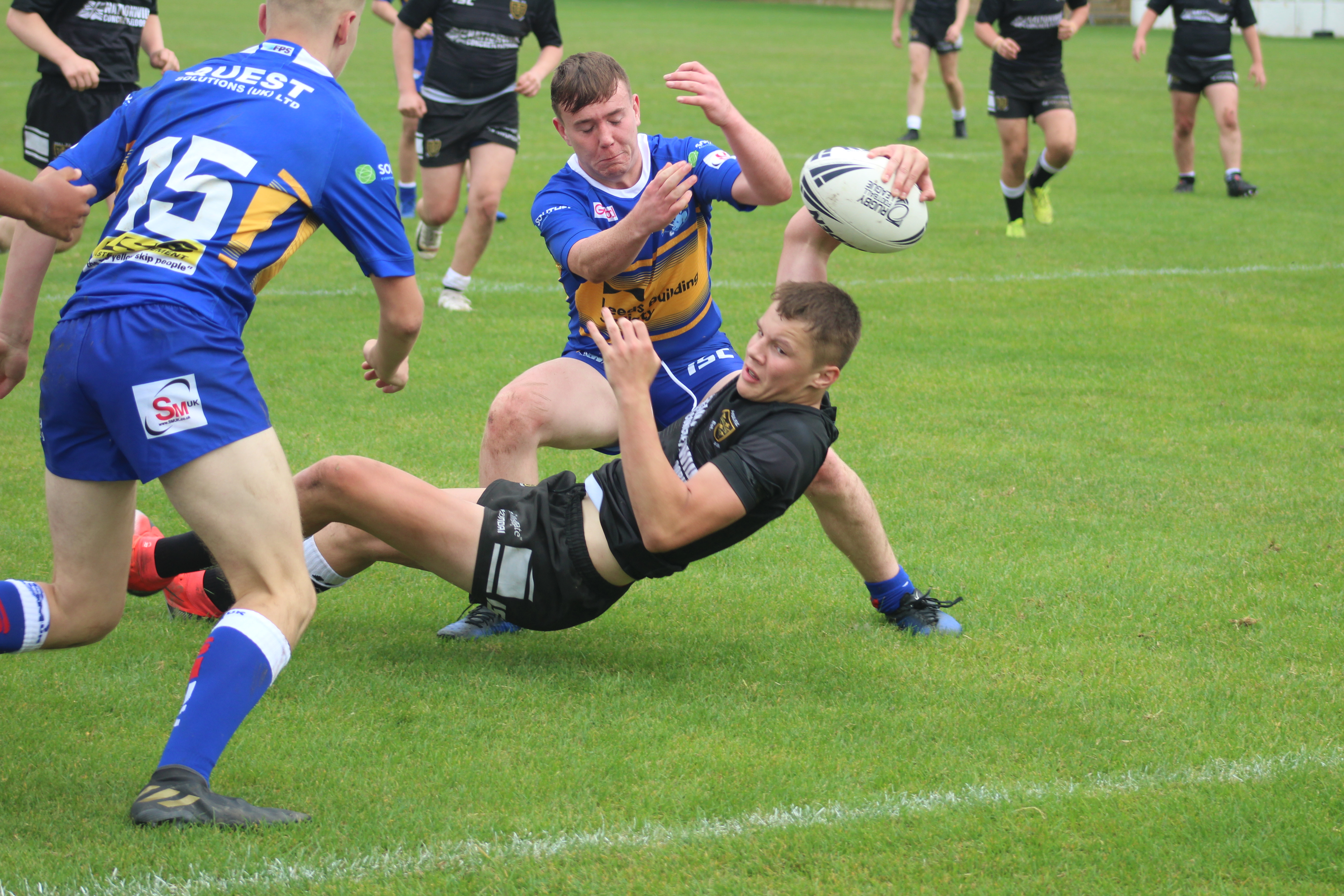 Whether you’re interested in sports coaching, physiotherapy, administration or even playing, our courses cover all bases, offering college and university standard tuition, including BTEC and NCFE qualifications.

With the opportunity to learn, work and play rugby league, the balance between classroom and field based activities is ideal for students passionate about sport.

If you think you’d like to discover more about Hull FC’s Sports College, then visit their latest open day at the Bonus Youth Performance Centre on Tuesday 12th November, between 6.00pm and 9.00pm.

Students will also benefit from first hand work experience with Hull FC, in coaching or administration, as well as the opportunity to be part of the club’s player performance pathways, representing the club’s college team!

Better still, players of a higher ability with a genuine interest in becoming a rugby league player will also get the chance to train regularly and trial with the Hull FC Reserve squad at the club’s first-team training ground!

As you may have seen in recent weeks, our Hull FC Development Side, formed by Sports College students, is currently enjoying success on the field in the early weeks of the season winning their opening four games. You could be part of that side, part of the new Black & White pathway!

But don’t worry, even if you just want to play rugby for fun or would prefer just to study, then we still have courses for you too!

Other great benefits of the Hull FC Sports College include free tickets to every Hull FC home game, free training kit and discounts at restaurants and retailers across the city.

Tutors and coaches at the Sports College will be in attendance to answer your questions at the open day.

If you think you might be interested in becoming a part of the Hull FC Sports College, book onto our open evening by emailing college@hullfc.com or for any further information you may require contact ryan.langton@hullfc.com.