Andy Last signed for Hull FC as a junior player in 1998 from amateur team Eureka, making his senior debut in August 1999.

He went on to make 29 appearances, scoring four tries before he opted to make the transition to the coaching team following the 2004 season.

Whilst acting as an assistant to Richard Agar at first-team level, his other main priority was that of head coach for the Black and Whites’ Under-20s team. During his tenure, he guided them to three Grand Finals on the bounce, winning two, as well as success at the Carnegie Floodlit 9s competition.

He has been responsible for the production of a long line of homegrown players such as Josh Bowden, Chris Green, Dean Hadley, Reece Lyne, Tom Briscoe and Tommy Lee. 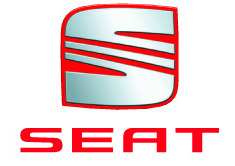