In a new series of Throwback Thursday feature interviews, hullfc.com catches up with former Black & White centre Richie Barnett to discuss his time at the club during the 2003/04 seasons, and find out where his career has taken him since.

A former New Zealand captain, and one of the most talented centres to have played in Super League’s 25 years of action - for Black & White purists, Richie Barnett is one of the greats to have represented the club during the modern era.

When discussing some of the best centres to have played for the club throughout history, names including Kirk Yeaman, Joe Oliver, James Leuluai and Steve Evans are the ones that immediately come to mind. However, had Barnett’s stay in East Yorkshire lasted more than two seasons, he would likely have found himself in such company given his sheer talent shown in his short spell.

A partnership on the right edge alongside Colin Best is one that thrilled and excited during its short existence, with the former Cronulla and Roosters man scoring 23 times in 38 appearances for Hull.

Now residing back in New Zealand with his family, we caught up with him to talk about some of the highlights of his time in Hull.

Speaking about the decision to join the Black & Whites despite interest from the likes of Leeds Rhinos and Bradford Bulls, Barnett explained that there was one may who played a key role in the decision, as well as the club’s long association with Kiwi players.

“It was the affiliation I had with Shaun McRae that sold the club to me. He was involved with the Kiwis back in the day and I had a really strong rapport with him. It was also the realisation that the club had players like Jason Smith - that drew me closer to that decision. 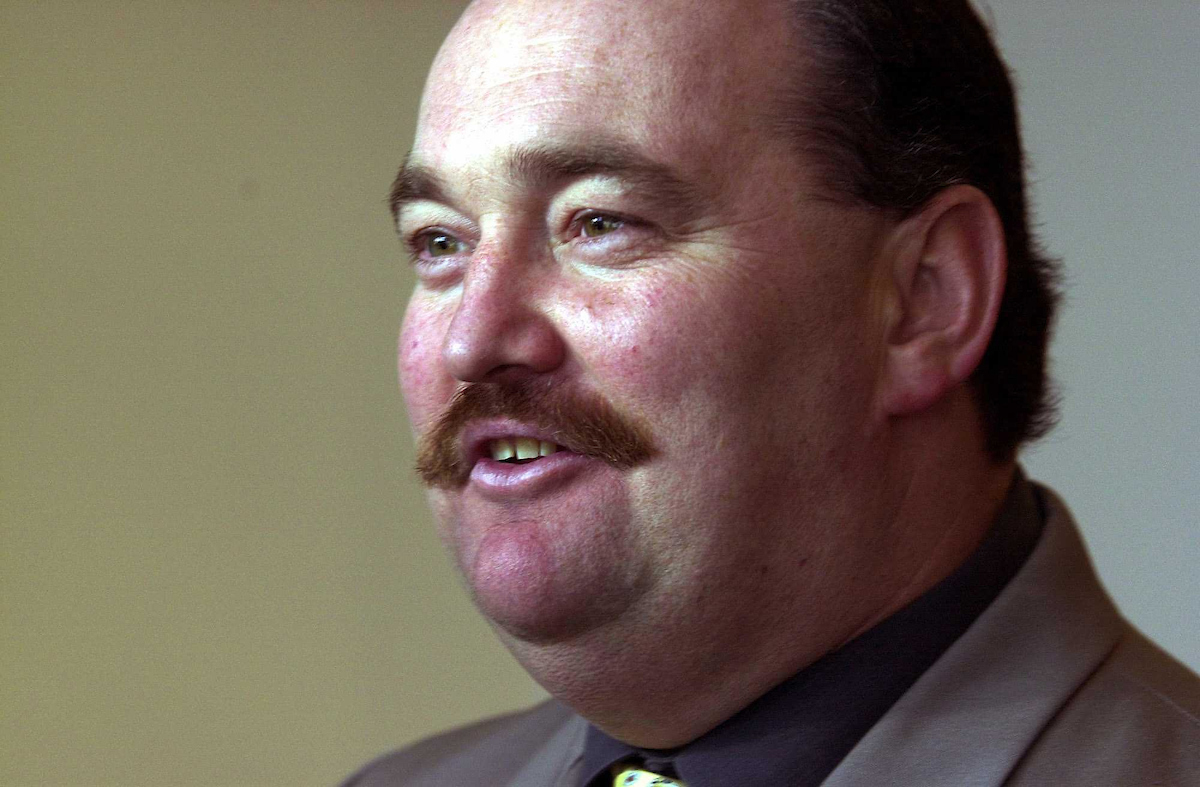 “‘Bomber’ was everything you wanted in a coach and to have a strong relationship with a coach is exactly what you need. He finds it very easy to connect with players and I really enjoyed his style of coaching. It was a blessed couple of years to have him there when I was playing for the club.”

On the club’s New Zealand connections, he added: “The background of the club and their long history of New Zealanders representing the club, particularly during the 1980s, also played a role in me deciding to move to Hull rather than elsewhere.

“I actually watched a lot of Hull FC games when I was younger due to the number of Kiwis who played for the club down the years. So I knew a bit about the club and the league too. I actually almost came over to England in 1992 to play with London but it never materialised, so I’d already done quite a bit of research when I eventually did come a few years later.”

Barnett is one of four former New Zealand international captains who have represented the Black & Whites during the club’s history, alongside Dane O’Hara, Fred Ah Kuoi, and Stephen Kearney, and explained his pride to be associated with such names.

“It makes me immensely proud to associate myself with names like that - the club has a great history and great people. History is what it’s all about, respecting the players that came and went before you. Having played with Stephen Kearney for a few years in the Kiwi jersey, and having ties with the NZRL Ex-Players Association with all the players I used to look up to as a youngster, that spurred me on.Players like Dane O’Hara, Gary Kemble, James Leuluai, Fred Ah Koui were instrumental in me playing Rugby League.” 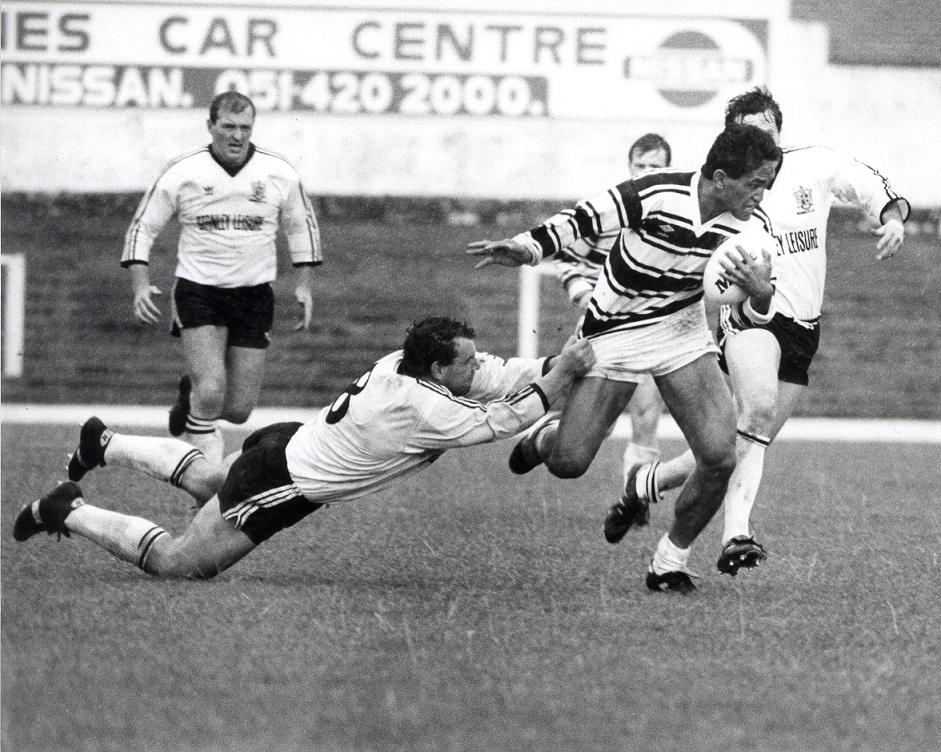 Barnett first came over to play Rugby League in the UK in 1995 during the World Cup, as well as taking part in the Great Britain tour of 1998 and the 2000 World Cup. However, his first club game in the country with London Broncos would take place at the Black & Whites’ former home of the Boulevard in a Challenge Cup clash in February 2001.

“I do remember that game, I still have photos from that day at home! I was looking at them with my son a few weeks ago actually and I was saying “I remember going to that bloody place” - it was horrible as an opposition player! It was probably the best home field you could ever have, but the worst for an away team. That was the bonus you had a home ground!

“The support was unbelievable though, particularly when you’ve come from playing at London, with no disrespect intended to them. Moving up to the heartlands of Rugby League to play in an atmosphere like that was special.”

The Kiwi made to the move to Hull FC for the start of the 2003 season, and like many other overseas players, was struck by the kindest of the people of the city.

“We lived in Hessle and I just loved the place. The people made it special - Hull folk are such a friendly bunch. I couldn’t say anything bad about the place if I’m honest - I know it has had this stigma attached to it in the past, but as an outsider I just can’t see it like that. My wife and children adored it. We came into a place not knowing what to expect with an open mindset and fitted like a glove.”

His first game for the club came in the very first Rugby League fixture at the then brand-new £44 million super-stadium, then known at the KC Stadium, against Halifax in the Challenge Cup - a match famed for Jason Smith’s early red card. 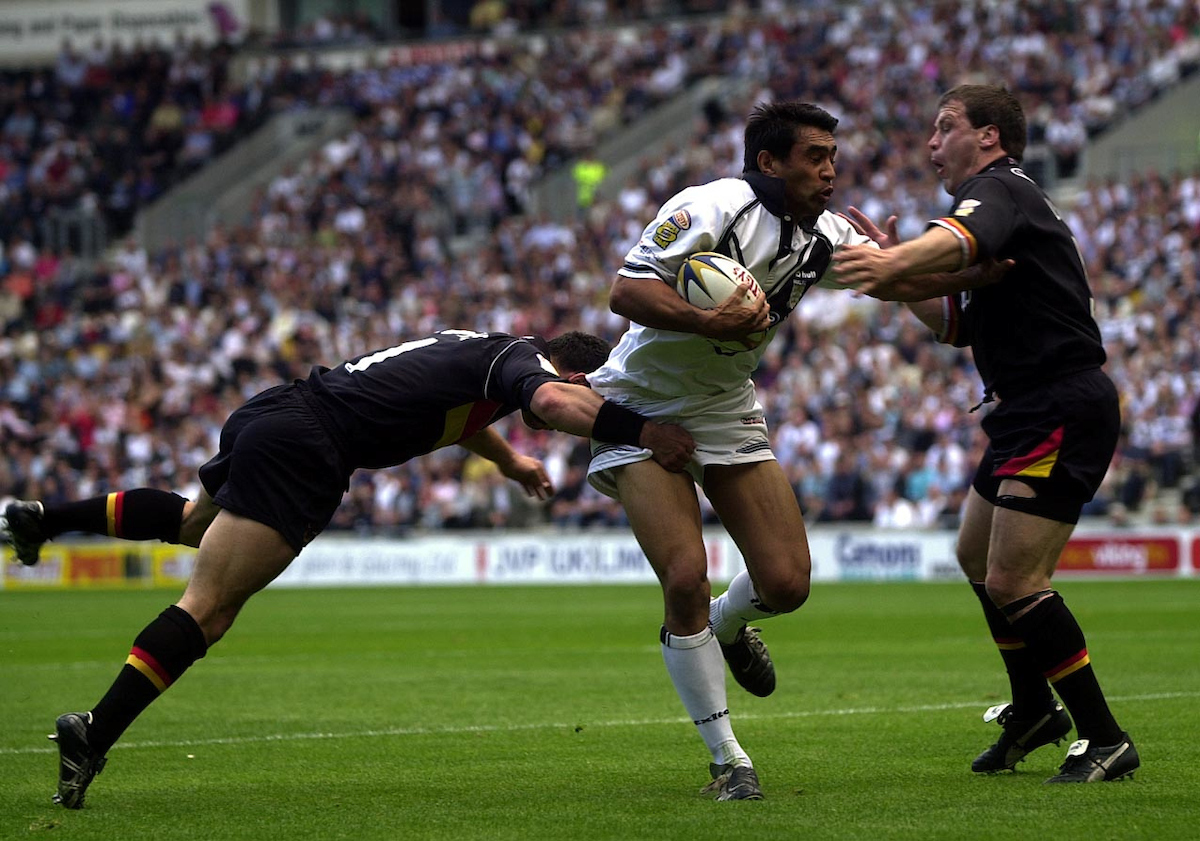 “I don’t have strong memories of that first game, but I do remember Smithy getting sent off after about 20 seconds! That was just the style of tackle he went for where he wrapped around the upper body - on that occasion it just didn’t come off.

“What I can say about playing at the KCOM Stadium is that it was a surreal experience for me. The hairs on the back of my neck stood up every time I ran out onto that field. The crowd support was so special - it is so different over there to what it is in the NRL. The singing, cheering, clapping - it’s superb. Those little things make a big difference for the players and we really envy it over on this side of the world.”

Barnett believes that the club had the chance to claim silverware with the quality of the squad built for the 2004 season, and admits regrets that he didn’t win a trophy with Hull FC, whilst also commenting on some of stars he played with during his time at the club.

“I was disappointed we didn’t go on to win anything during that 2004 season, especially with the players we had that season - we fell short. We had built a really strong side and one that was capable of winning the competition. We sat mid-table for most of the season and never really pushed to the top when we could have. It’s one of my regrets that I never got to play in a Challenge Cup Final or a Grand Final. 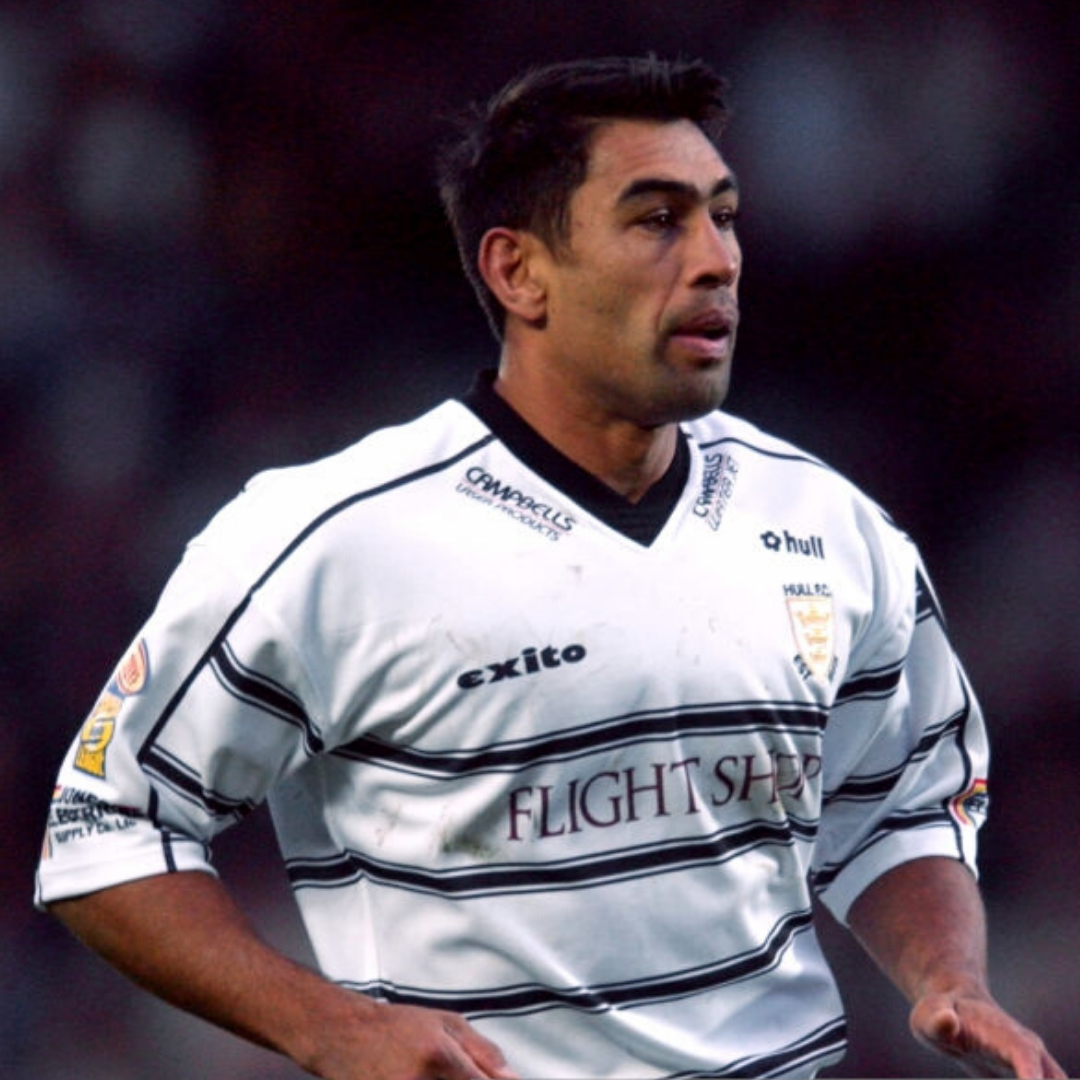 “We had a really talented core of Hull-born players at the time. Richard Horne at that time was a special player, Kirk Yeaman was coming through and developing, Paul Cooke had some unreal skill and managed games extremely well. Most of those players went on to represent England or Great Britain so that says everything about them. It’s great to see them still in and around that game passing on their knowledge.

“We had some great overseas boys too. When I switched from left centre to right centre, that meant I got to partner up with Colin Best and that worked out brilliantly for us. He was some player - extremely quick and we had a great connection from playing at Cronulla together too. Shayne McMenemy was hugely underrated in my opinion - a superb bloke who defied what rugby league was about. He was a really hard-working back-rower with a decent skill-set. Then the likes of Craig Greenhill and Sean Ryan too. It was a great squad.” 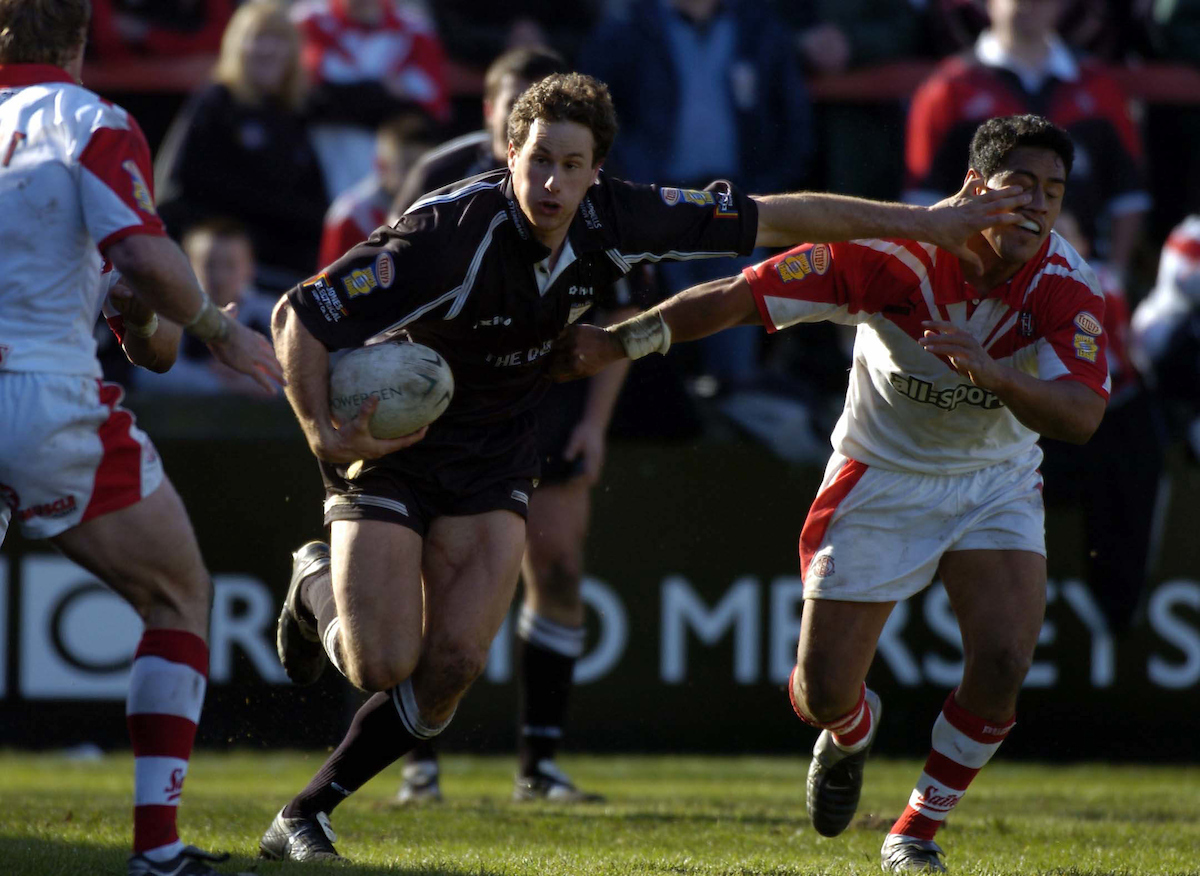 Barnett retired from the sport at the end of the 2004 season having suffered from Chronic Fatigue for several years, and detailed the struggles of the illness, before going on to explain where his career has taken him in recent years.

“I suffered with Chronic Fatigue when I left London Broncos before I joined Hull. It was a real struggle for me and I was actually surprised that Hull decided to sign me. I could have played on for a couple more years at Hull if it wasn’t for the illness but unfortunately I had to retire in 2004. I believe I only played at 70% of what I could have given when I was at the club due to it.

“It was one heck of a ride, I struggled immensely and I’m not sure how I got through it. It was a real mental and physical challenge. Nobody really knew what was going on but the reality is that it was one of the biggest challenges I have ever had to face. Still to this day, not many people really know what it is or why it happens.

“I’ve done plenty of things in my career since from working in retail through to construction. I then became a selector for the Kiwis for four or five years. But at the moment I’m working in TV for SKY in New Zealand - I commentate on most of the Warriors games. I’m also a life-coach and a mentor too - I’ve always been interested in that sort of stuff, finding out why people do the things they do and changing people’s behaviour. I didn’t know what I wanted to do when I came back, but I fell into TV work. I’ve been doing it for well over ten years now.” 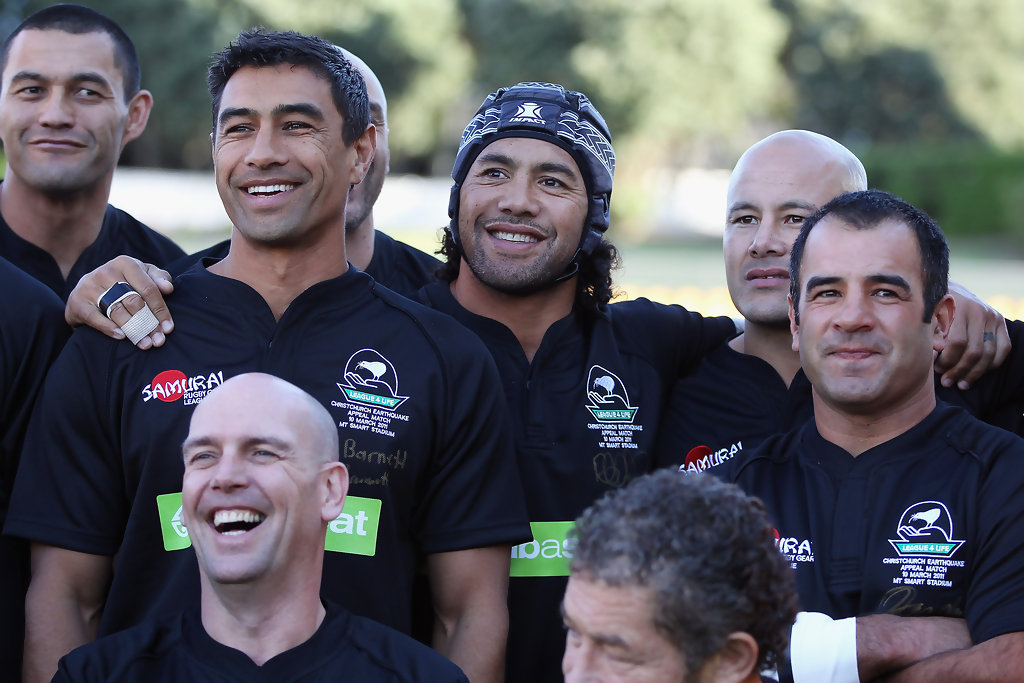 Having commentated on the Warriors for over a decade, Barnett detailed his thoughts on FC’s 2020 signings Ligi Sao and Chris Satae, who joined from the New Zealand club, as well as his thoughts on blockbuster star Manu Ma’u.

“I know a little bit about Ligi Sao and Chris Satae through watching the Warriors as they played for the Reserves grades and where in and out of the Warriors first-team. Sometimes moving out of your own environment can spur players on, and I think that’s what they both needed.

“There is quality in both of them two players and if they can find that consistency in Super League, there is no doubt they can be a real hit for Hull FC. They provide some real power going forward and some decent offload capability too.

“Manu Ma’u is phenomenal, and one of those players that you know is special. His work level is undeniable and his offload game is incredible. I have no idea how he pushes some of those balls out! His defence is solid and he runs some superb lines. He has a lot in his game, but the thing that stands-out is the ability to keep his tenacity throughout the eighty minutes. You’ve got an absolute winner there.”

Michael Shenton has been appointed as Hull FC’s new Head of Emerging ...