After going on sale less than three days ago, tickets in the East Stand Unreserved section of the KCOM Stadium have already sold out for next month's Hull Derby clash against Hull Kingston Rovers!

After going on sale less than three days ago, tickets in the East Stand Unreserved section of the KCOM Stadium have already sold out for next month’s Hull Derby clash against Hull Kingston Rovers!

Tickets are flying out the door as supporters snap theirs up to experience the unreal atmosphere of Hull’s biggest sporting occasion, with FC’s first home game of the Betfred Super League campaign taking place on Friday 7th February (7.45pm).

With a bumper crowd expected at the KCOM Stadium, fans will get the chance to see Hull’s new blockbuster stars in action for the very first time on home soil, including the likes of powerhouse forwards Manu Ma’u, Ligi Sao and Josh Jones, and electric backs Adam Swift and Mahe Fonua.

Starting from only £5 for juniors and just £18 for adults, tickets for the Derby will be the hottest property around town for the next month.

A full list of ways to buy, ticket prices, along with a stadium plan, can be found here 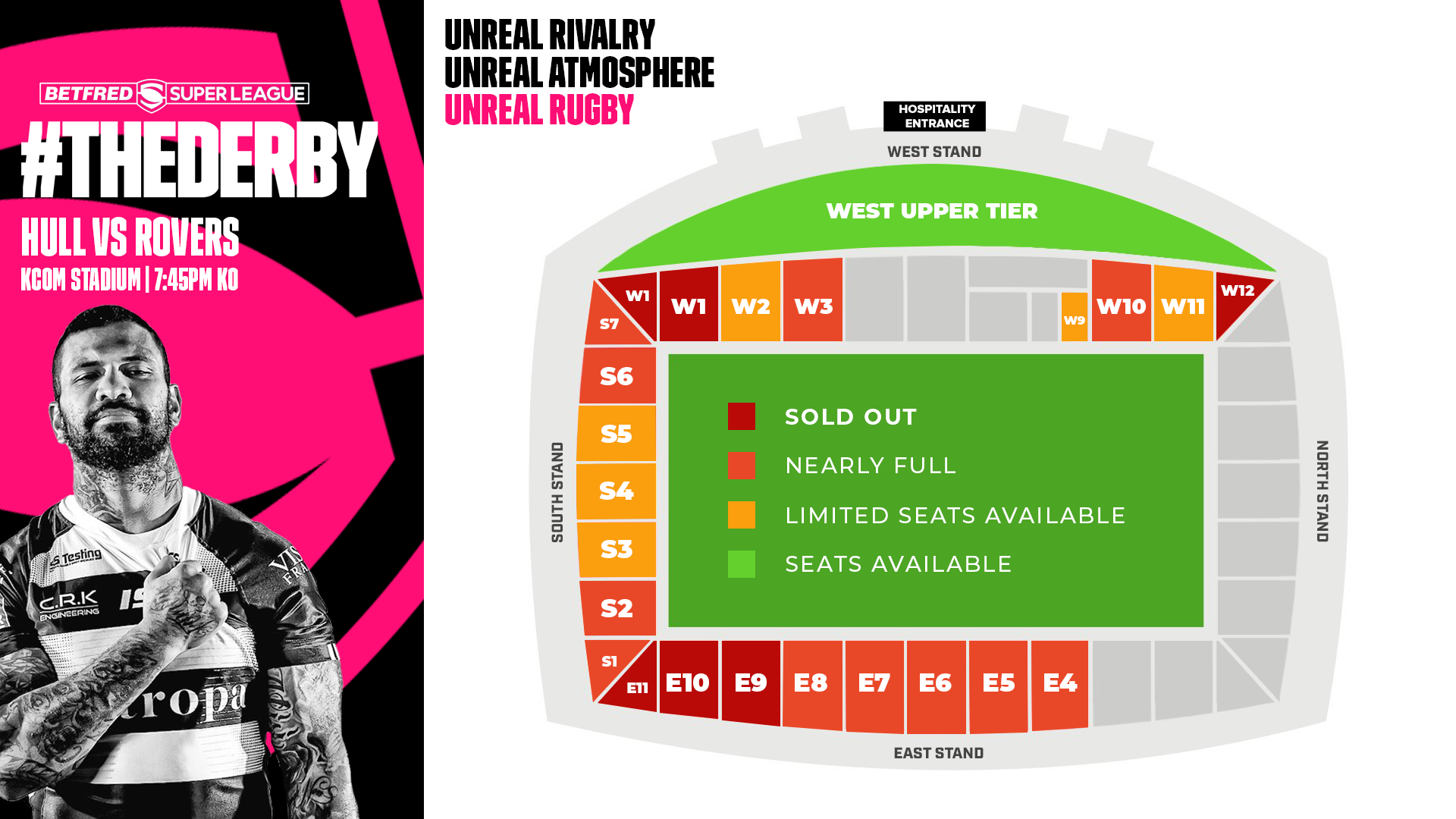 The Derby always provides unreal moments, especially at a packed KCOM Stadium which is set to host one of the biggest Super League crowds of the season.

The last time Hull FC and the Robins met at this ground, over 20,000 watched the Black & Whites demolish their city neighbours 56-12 on Good Friday!

With a bumper crowd filling the KCOM Stadium on Derby Day, the West Stand Upper Tier will also be open to supporters for this fixture.

With the club posting strong membership numbers, the East Stand is now at capacity, while tickets are also selling fast in the West Stand, so supporters are advised to buy tickets early in their preferred area of the ground to avoid disappointment.

For Derby Day, the Family Lounge will be moving to the Airco Arena for a special season launch event for family & junior members, with plenty of activities, inflatables, games and player appearances to keep the whole family entertained in the build up to kick off of one of the most anticipated fixtures of the year.

Tickets for the fixture can be purchased in the following ways:

Buy Online: Fans can buy their tickets online at ticketing.hullfc.com, and choose to have their tickets posted for an addition £1, print at home (please don’t choose this option if you don’t have a printer!) or collect from the KCOM Stadium Ticket Zone during opening hours for free.

In Person: Tickets for the game are available to buy in person from the Ticket Zone at the KCOM Stadium..

Tickets can be purchased by credit or debit card from the unmanned ticket kiosks with no additional fees, or in cash over the counter with a £3.00 transaction fee. The Ticket Zone will be open weekdays from 10.00am – 4.00pm.

Over The Phone: Supporters can purchase their tickets over the phone by calling 01482 505600 (option 2). All phone purchases will be charged a £2 booking fee. Fans can choose to collect their tickets for no further charge from the KCOM Stadium Ticket Zone, or have them posted in advance of the game for an additional £1.