The Black & Whites have moved quickly to secure his signature admits fierce competition from two other Super League clubs, with the in-form 21-year-old signing from Leigh Centurions.

The Hull born youngster, who supports Hull FC, enjoyed a fantastic season in 2019, being nominated for the Championship Young Player of the Year Award.

Cator will bring utility value to the Black & Whites new-look squad, with the ability to play loose-forward, back-row, hooker and centre.

He becomes the eight new arrival at the KCOM Stadium for the 2020 season, joining the likes of Manu Mau’, Josh Jones, Mahe Fonua and Ligi Sao. 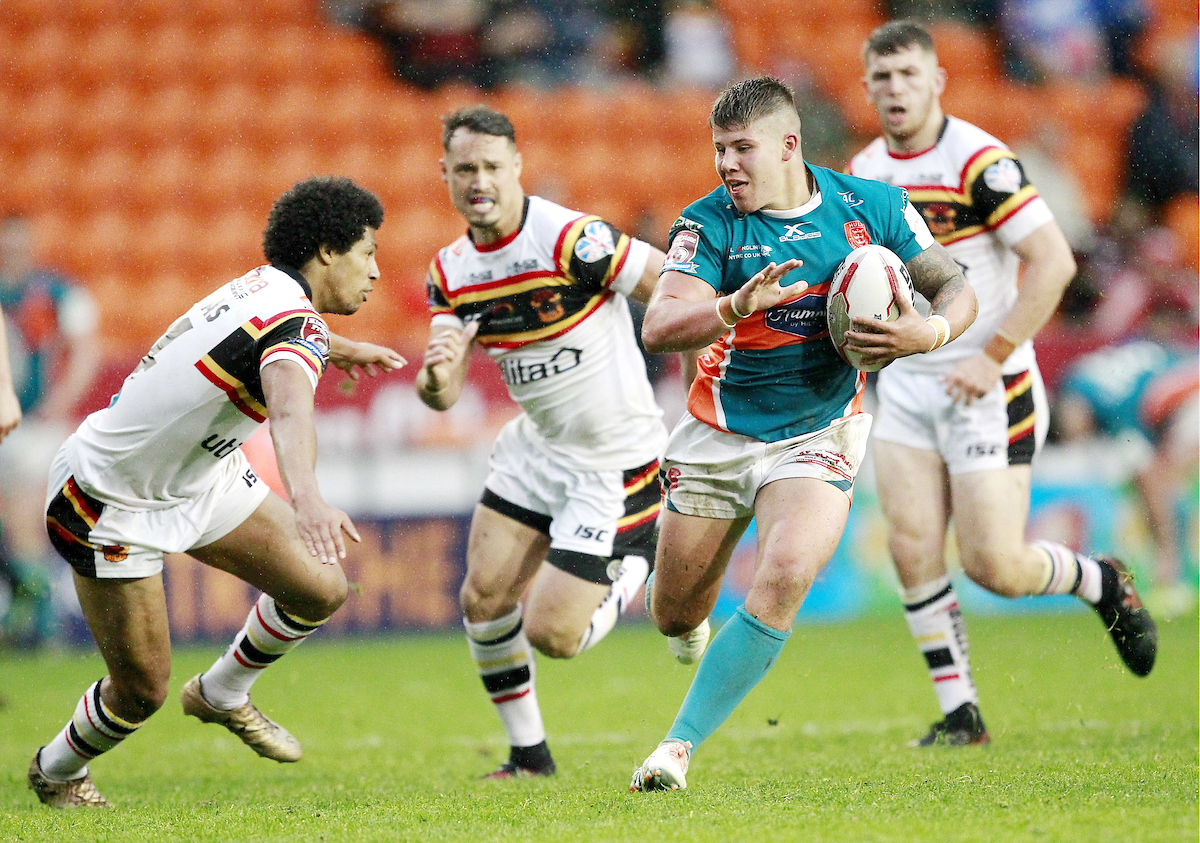 Speaking on the decision to join the club, Cator said: “I’m absolutely buzzing to be a Hull FC player; I feel like its been a long-time coming having been a supporter since I was a kid. It’s a massive opportunity for me over the next two-years.

“I was in a good position at the end of the season so I was lucky enough to have a few options in Super League but as soon as Hull came calling, my hometown and boyhood club, I couldn’t pass up the opportunity.

“As soon as I spoke to Lee (Radford), I knew that it was the only club I wanted to sign for and now I want to get a big pre-season under my belt to kick things off.”

Cator came through the ranks with the City of Hull Academy after beginning his amateur career with Skirlaugh Bulls, and made his Super League debut for Hull Kingston Rovers in 2016.

After spending time on loan at both Coventry Bears and Newcastle Thunder in 2018, Cator made the move to Betfred Championship outfit Leigh last season, for whom he made 20 appearances, scoring five tries.

Hull FC head coach Lee Radford said: “Joe plays with a really impressive attitude and I think that can be really infectious.

“His utility value is huge, being able to play at loose-froward or hooker. Our squad is smaller in size for 2020 but his utility makes up for that.

“The development in his game has come from playing week-in, week-out for Leigh over the past year. His challenge now is to do that here, with some really top players around them.

“He is going to be training with and learning from some big names and his aim to to take a little bit from all of them and add that into his own game.

“I’ve known Joe for a number of years since he was a young lad. He has always had that good energy when he has played and I’m a real admirer of his.”

Betfred Super League’s popular podcast, ‘Out Of Your LeagueR...