Hull FC legend Gareth Ellis has announced he will be playing on again in 2020 after signing a one-year contract extension with the Black & Whites!

Hull FC legend Gareth Ellis has announced he will be playing on again in 2020 after signing a one-year contract extension with the Black & Whites!

The 38-year-old rolled back the years in 2019 after coming out of retirement with a string of influential displays and has now signed a new contract to take him into his 21st career season, becoming the oldest and longest serving player in Super League next season.

One of the club’s most iconic players of the Super League era, the back-to-back Challenge Cup winning captain made 20 appearances last season, taking his club tally to 119 games since signing for the club in 2013.

The former Great Britain and England international has now notched up over 350 career games in Super League and the NRL, winning two Grand Final rings in the process.

The big news was revealed at tonight’s 2020 principal jersey launch in front of hundreds of supporters at Princes Quay Shopping Centre, with Ellis and new signings Joe Cator and Jordan Johnstone unveiling the new shirts. 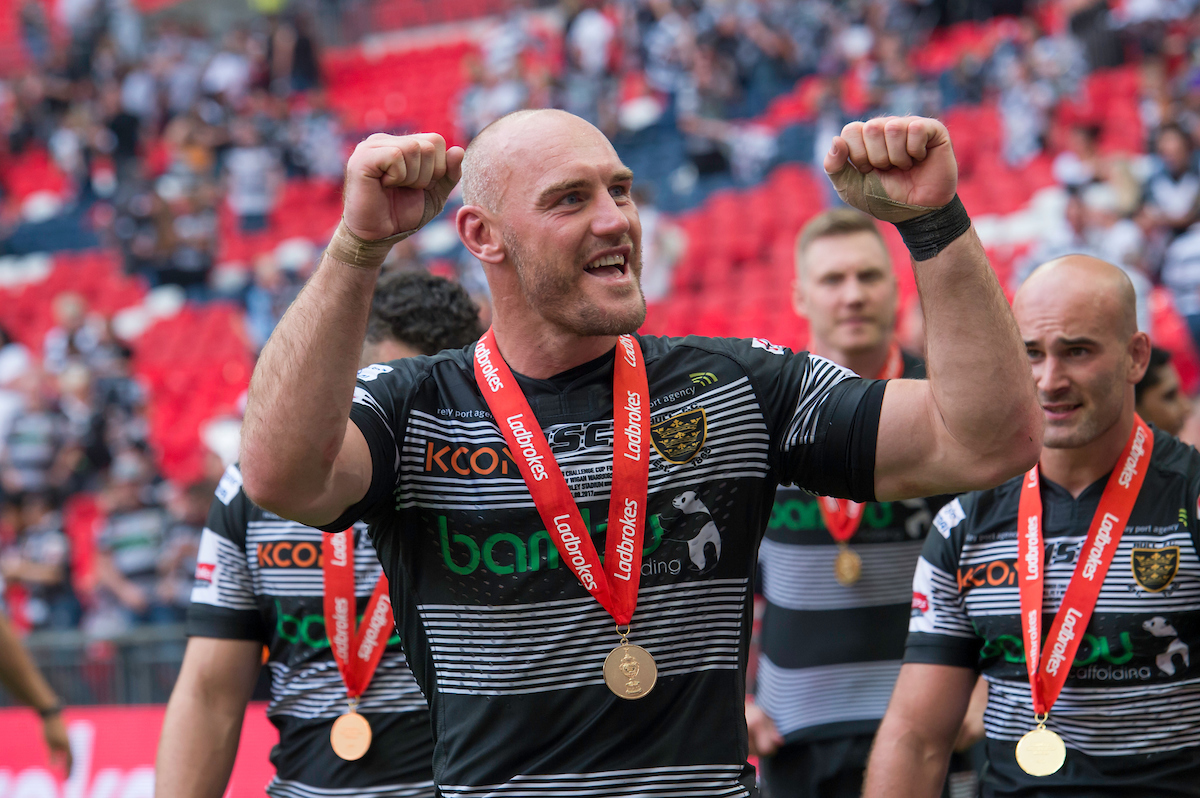 Speaking on the decision to continue his playing career into 2020, Ellis said: “After my initial comeback early in 2019, I didn’t expect to be in and around the squad for the rest of the season. I thought it would just be a bit of a final swansong for me.

“But I had that taste and it made me realise that I was still enjoying playing and that turned into me playing 20 games which is pretty much a full season for me.

“It was probably about 10 or 15 games into the season when people began asking me the question are to whether I thought I could go around again in 2020. And with how I was feeling, I was pretty sure I was able to do so.

Ellis continued: “I was a bit reluctant at first to take on that role of being a senior player after coming out of retirement - I just wanted to enjoy what I thought where my final few games. But as time has gone on, I’ve realised there is a sort of leadership role for me to take on in the team and being an influential figure to those younger players in particular once again.

“My aim for pre-season is to get as physically fit as I can and go into 2020 with the mindset that I am going to be a key part of this squad, and there is more to it now than just enjoying a final few games in my career. It doesn’t matter how old I am, I’m out there to give it my all when I’m in a Black & White shirt. “

Hull FC head coach Lee Radford said: “The role Gaz is going to play for us is going to be different to the one he played a couple of years ago, but as he adapts and evolves he will be just as important.

“He brings a wealth of experience and leadership qualities that he will undoubtedly pass on to the rest of the squad and carries himself with the utmost professional, as we saw on and off the field last season.

“With everything he does and how he conducts himself around the club, it goes without saying that our squad will be better for having him around.

“His influence as a senior player is huge and he has the voice and respect amongst the group to make a difference.”

He added, “Even at 38, I still think there is more development to come in his game. He has the skills and ball handling ability to promote the ball more going into contact and that is something we’re going to work on in the off-season.”