To mark World Mental Health Awareness Day, read Josh Griffin's story on his own personal challenges in the past aspart of Super League's Tackle The Tough Stuff campaign.

To mark World Mental Health Awareness Day, read Josh Griffin’s story on his own personal challenges in the past aspart of Super League’s Tackle The Tough Stuff campaign.

The 29-year-old lost his dad in 2015 following complications during heart surgery, and Griffin has explained how he managed to cope with the emotional stress.

“I struggled but I used rugby league to escape it. A lot of people go into dark places when they suffer a bereavement but I had a lot of support around me at Salford Red Devils at the time,” Griffin explained.

“Myself and my brothers, Darrell and George, were all at Salford at the same time, so we managed to help each other through it. I also had a guy called Colin who used to come round to my house and he helped me out with it, too.

“He didn’t know me and he didn’t have any attachment to my family. He didn’t know anything, so having someone there to just talk about it was a massive deal me because he was there to listen without any distractions.

“Unfortunately in dealing with it, I carried a lot of anger towards other members of my family. I used rugby league to channel my anger because it was an easy way to get all of your bad emotions out, so I struggled more mentally away from work.

“Men give off this persona that they are big, tough human beings, but there is a lot of struggle inside for them. You look at the statistics and suicide is the biggest killer of men under 50, which speaks for itself. We’ve got to accept the fact that talking about things isn’t a weakness.” 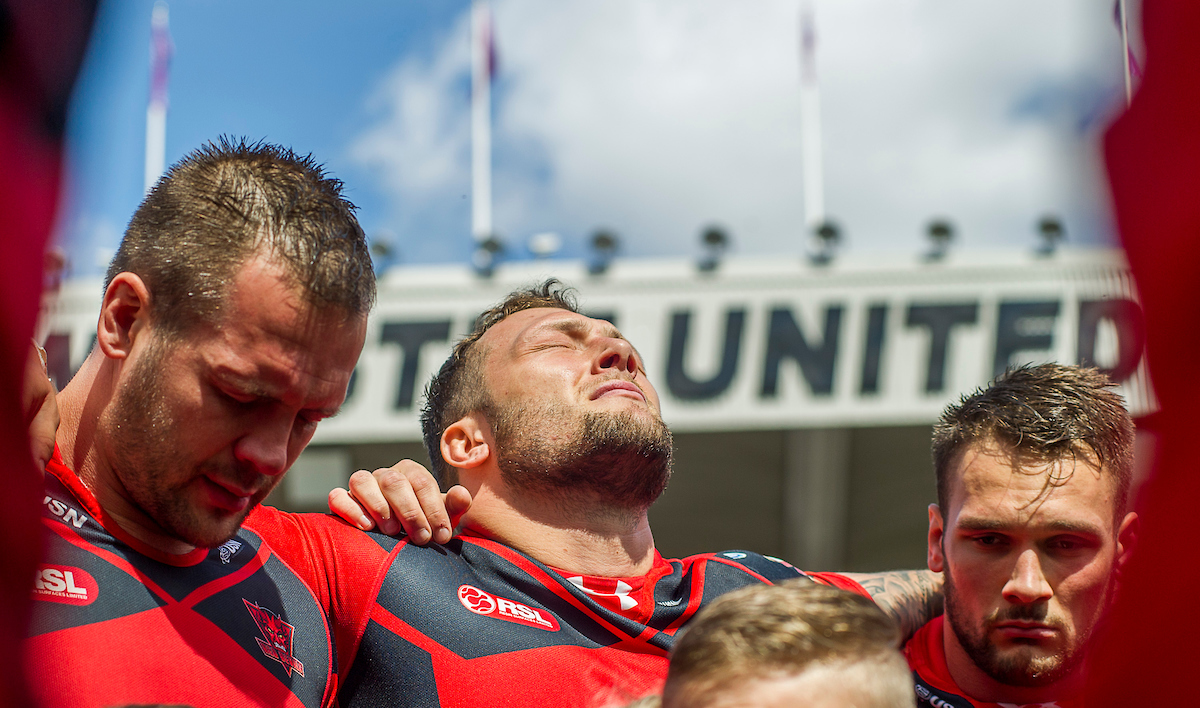 Hull FC are working in partnership with Super League to help break down the stigmas surrounding mental health.

Griffin is a big advocate for the work Super League are doing to offer their support to those suffering with mental health issues, as he has experienced first hand what it is like to go through the hard times.

Only recently, Griffin was hit with another bitter pill to swallow, after his close friend and former Black & Whites team mate Jansin Turgut fell from the third story of an Ibiza car park earlier this year.

Turgut was put in intensive care for several weeks, and he only returned to the UK a couple of weeks ago. He is still in hospital, being cared for in Hull Royal Infirmary as he gradually recovers from many severe injuries.

“That was another really difficult one for me because I grew really close with Jansin while we were at Hull FC together. Even when he left to go to Salford, we stayed in contact, so to see him go through what he is going through is really, really hard,” he said.

“Nobody knows the full details of why the accident happened, but it seems that something that was bothering Jansin has caught up with him.

“His life is going to be completely different from now on, and I am sure that he is going to get all of the support possible.

“It’s so, so important to talk. You don’t know what people are going through, so it’s just a case of asking people if they are OK. If you can tell that somebody is struggling, just ask them if they need a chat.

“I’m not going to name names, but I’ve spoken to one of my current team mates about how he’s doing. He’s been through something similar to what I went through, so I’ve just been there to make sure I’m there for him.”

For more information on World Mental Health Awareness Day, or for help and support - click here