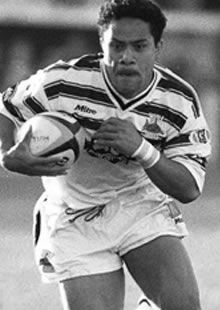 In just four seasons at The Boulevard, he made his mark by scoring 79 tries.

His 40 tries in 1997, the year the Black and Whites won promotion to Super League, remains a post-war record for the club.