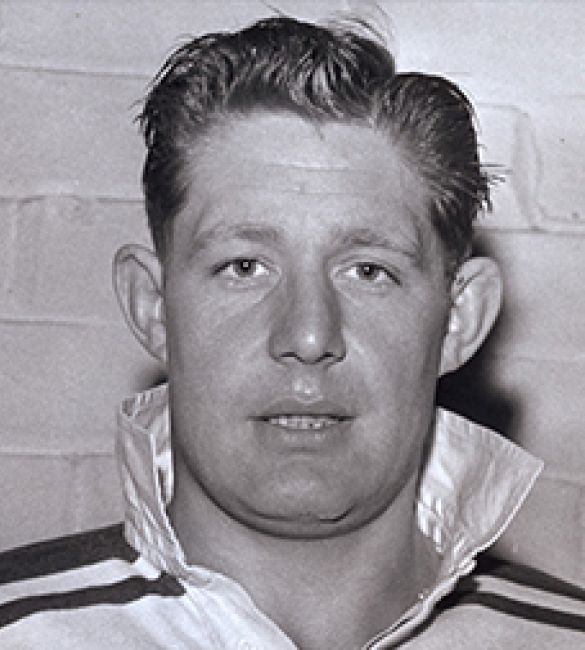 Born and raised in West Hull, Johnny Whiteley MBE started out as a Hull school boys and Under 16 representative and went on to become the Black and Whites’ greatest ever son.

The legendary loose forward signed for the Hull FC in 1950 for a fee of £100 and eventually ended up with 417 club appearances and 156 tries to his name over a career in which he was never once dropped.

Awarded captaincy in 1957, a role which fulfilled until his retirement in 1965, he led the side to consecutive Challenge Cup finals in 1959 and 1960 at Wembley.

He began as player-coach for Hull in 1963 but took up the full position following Roy Francis’ retirement in 1965, but resigned in 1970.

Internationally, he was a part of the Great Britain squad which lifted the 1954 Rugby League World Cup as well as coaching the GB side on two separate occasions.

He was made an MBE for services to Rugby League and the community in the 2005 New Year honours list.

Whiteley was also responsible for founding local community club, West Hull ARLFC, who have gone on to produce a number of players for Hull FC.