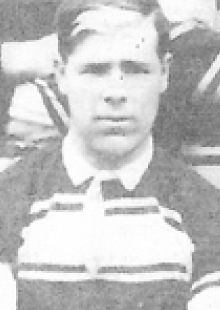 Jim Kennedy led Hull to consecutive championship victories and acted as a director of the club during the great 1950s era following a distinguished playing career.

A local Hull lad, he developed a formidable centre partnership with the legendary Billy Batten. The combination brought Hull championship victories over Huddersfield and neighbours Hull KR in 1920 and 1921.

Both Kennedy and Batten did all they could to bring the Challenge Cup back to Hull in 1922 but despite outscoring Rochdale three tries to two in the Final, they lost 10-9.

His most prolific season was 1920-21 when he set club records with 108 goals and 264 points which have both since been broken.

Kennedy’s points in a match record, 36 including 14 goals, against Rochdale still stands.

Despite his scoring feats, Kennedy’s only representative honour was one appearance for Yorkshire, although he did play in a tour trial.