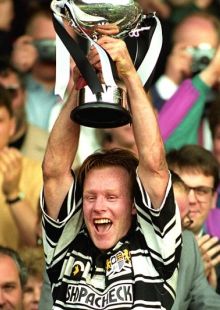 ‘Bluey’played just three seasons at Hull but made a huge impact.

The Australian captained the Black and Whites to Premiership glory in 1991, claiming the Harry Sunderland Trophy for his Man of the Match display.

In total, he scored 18 tries in 95 games as well as kicking six drop-goals.

Mackey sadly passed away on September 24th, 2014, following a battle with cancer but will always be remembered by the Faithful as a Hull FC great.