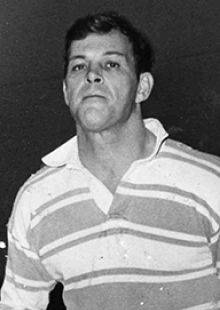 Dick had two spells at Hull, playing for Leeds from January 1964 to December 1967. He played for Great Britain on a further two occasions whilst at Headingley.

He captained Hull to Yorkshire Cup Final victory in 1969 in the absence of Arthur Keegan, although he played with an ankle injury.

After retiring as a player, he joined the Board of Directors in October 1975 and was instrumental in attracting the New Zealand trio of Kemble, Leuluai and O’Hara to Hull for the start of the 1981-82 Season.

As such, his contribution in that capacity was instrumental in the success Hull achieved during the 1980’s. As Hull’s RL Council Representative, he was appointed GB Tour Manager on both the 1979 and 1984 Lions Tours