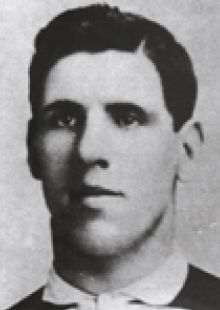 A member of the original Rugby League Hall of Fame, Billy Batten was the Greatest of the Greats.

He was a superstar in a career which spanned the first quarter of the 20th century and his shock move from Hunslet to Hull in April, 1913, caused a sensation. Hull splashed out an incredible £600 for him, doubling the previous world record fee.

Although not confirmed, it is believed he was paid a staggering £14 per match which was a massive increase from the wage he was getting at Hunslet. At the time, other players were getting paid £4 per week. Astonishingly, a couple of years earlier Batten had been offered £4 a week to sign for Manchester United.

He played Test football on the wing but was best known for his powerful centre play and rather than going around an opponent, he preferred to go over the top of them. He perfected a famous leap (that was later banned) making him one of the most difficult players to bring to ground.

Batten was just as fearsome in defence and mastered the smother tackle, which was described at the time as being “hit by a ton of coal”. Unsurprisingly, he was a fans’ favourite and in 1920 he was granted a benefit match and received a cheque for £1,080, another record.

After four more outstanding years with Hull, he was transferred to Wakefield in May, 1924, for £350.